Go to Youtube and search for parliamentary sessions discussing Trump's STATE VISIT to Great Britain. I had the best laugh!! Men AND WOMEN discussing Trump's comment on grabbing women by the $%&@#$. On top of that, one elderly parliamentarian described Trump's issue as "incontinent ignorance"! NOW, WHY do evangelicals support Trump? One word, abortion. Abortion is one of the most contentious issues in the USA.

All you have to do is look at the special election in Alabama. A sexual predator vs. a lawyer who prosecuted the Klan. Politics have become so unthinking, so faith-like, that I believe Republicans would vote for Satan (no, I don't believe it exists) as long as there was an R next to the name on the election ballot.

Actually, the answer is simple: Evangelicals have willingly compromised both their morality and their religion in their lust for political power. It still is dismaying!

Yeah, that's a good answer. It's same reason why all the electoral volts went to him. Big money promises and sucking up.

I can tell you (as son of an American "Evangelist" ) - it is very simple. They are all looking forward to the second coming of Jesus Christ which will only happen when WW3 is breaking out in the Battle of Armageddon. It is at this point that Christ is supposed to return with his heavenly army. So obviously the policies and actions of a leader like Trump is more likely to trigger Armageddon and the return of Jesus. Makes sense in a very twisted way!

Is that why the US religious extremist support Israel at all costs then??? That is terrifying to me. I guess that's why we sent our Puritans over to the new world in the first place!?

You are bang on. Except they don't understand the basic difference between the Biblical Israelites and the Khazars or that Jesus (if he existed) would have been a Palestinian. So therefore they think they need to support the manufactured modern "State of Israel" created in 1948 as being God's chosen nation. I am not a Jew but as an ex-fundamentalist Christian took it upon myself to study the truth and was quite surprised especially looking into sites like "True Torah Jews against Zionism". Simply modern evangelicals don't know nor care about the difference between Judaism and Zionism

Hmmm... heavenly army. I always wondered why this. To me a god could cause a flood, a big rock from outer space hit us and so on. What's with the army...? Hmmm...

Well it's the Bible - it has to have a big Hollywood ending. A big rock wouldn't make for good theatre. Gotta have that panoramic scene of the vast armies of good and evil fighting to the death in a valley of blood! Lights, camera, action....CUT 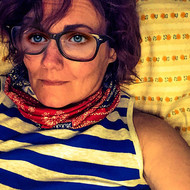 I wish that the hypocrisy of American evangelicals were pointed out more. The reason is very clear; they care more about right wing/fascist politics than they do the stated principles of their religion.To support Trump, who's as 'ungodly' as their supposed 'satan', reveals just how corrupt and unprincipled these evangelicals are. That's the only country where religion is mixed up with extreme right wing politics.

Well, American Evangelicals tend to be largely Religious Right, anyway, and Trump's choice of a vice president in Pence has endeared him to them, in addition to his promises to rid America of immigrants and numerous other promises that he can't really keep, but have pushed his agenda well. Honestly, Trump is no sort of Christian that I've ever heard of, but the Religious Right loves him.

You would think they would like Trump to resign so that Pence would become president then !?

No, no. They love Trump. He's making America great again.

Making it safe for American white supremacists and neo Nazis.

He's spearheading the destruction of Obamacare, invading the secular education system and forcing religious beliefs where they have no business being. To them, he's doing a great job.

See, here is where the pulpit and politics should never intermingle. Theology and its beliefs are far more archaic than any modern day politician.

You can include a link to this post in your posts and comments by including the text q:5705
Agnostic does not evaluate or guarantee the accuracy of any content. Read full disclaimer.