I hadn't considered this before but I agree, it is a diminishing term. I'll be using "developing world country" from now on.

None of the above. When you experience other cultures and how they behave, the leading nation's need to stand aside and take notes.

Now you have another reason to feel outraged.

I save my outrage for things that are outrageous.

@Alienbeing By you... no. I would have to care what you think to be offended. I dont.

@Leelu No Leelu, not by me. How could you even think that was a consideration. Outraged by the term "3rd World Country" which was the subject.

It seems you do look for reasons to be offended.

@Alienbeing You go ahead and keep making that claim. It's not true but have fun with it.

@Leelu Yu are truly warped. The subject of the post is clear.

I forget, what constitutes a 2nd world nation?

It's sad to say but today just like throughout human history, there are empires and there are colonies. But today's empires don't have much to do with nations and borders. Today's emperors are billionaires and mega corporations, buying up entire governments, rewriting laws to their advantage, hijacking tax payer's money and brainwashing the masses with their media.

I think that's fair. I don't understand why people are so hostile when it comes to such change. Is it really that difficult to be a little nicer toward others? 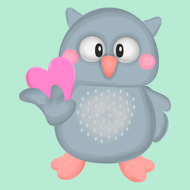 Yep, that's pretty much my view. I does me no harm to change my words and it makes others feel less harm for me to do so, then I'm good with it.

I don't vote in subjective polls like this. "They're just snowflakes" is not something I'd say because I'm not a fucking moron. There is nothing wrong with the term "third world country" though. 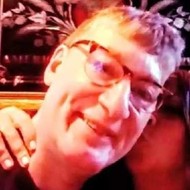 There's no requirement to vote. It's a feature I like to throw in for interest. Some people like them.

Interesting the way the term has changed meaning. Originally it meant any country not in the Soviet or NATO blocks. In other words, it included such well developed countries as Switzerland and Ireland, and I am not sure but it may even have included China. In other words, Cold War neutral countries.

It is only over time that it has come to mean much the same as developing countries, perhaps of course because most of them were.

I gave it a thought. We should make new groups. Developed, developing and 3rd rate countries. Not all but many of the 3rd world countries are 'third rate' countries. Third world is a better term. Poor, backward, corrupt have been overused. The leaders of those countries have done very little for the struggling people.

If those countries find '3rd world' derogatory, they must take it as a wake up call and they haven't for 50 years except only one country did. China.

What started out as the NATO block, WARSAW block and the third group of countries, 'most' 3rd world countries rare marred by corruption, nation looting, poverty, religious influence, labor unions. They refuse to learn from advanced countries except copying using mobile phones for porn and downloading of music. A recent survey said the most personal internet use in these countries has been on mobiles (not on broadband internet on home computers) for these two purposes. India has a population of 1.3 billion people, has 950 million mobile phones and 85% personal use of the internet is on mobiles where people do not know how to look up a word on Google. Only 15% of that 85% have broadband internet on personal computers at home.

The 3rd world countries like India, Pakistan, Indonesia in Asia and many in Africa and Latin America have progressed only as much as time would take them ahead, not more. That is not to say there are not 3rd rate countries in the first two blocks. 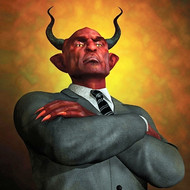 Thanks for your input.

You can include a link to this post in your posts and comments by including the text q:578803
Agnostic does not evaluate or guarantee the accuracy of any content. Read full disclaimer.