Have you ever considered going completely off the grid?

If you could purify your own water, have solar and wind electricity, and grow your own food, would you?

I'm currently building my tiny house. It won't be hooked to the grid.

Yes! When I retire, I wish to live off-grid. Just annoyed so many states and counties forbids off-gridding. When I was in CO in the Front Range area, they refused to let me live in Longmont off grid, I had to use the cities water/electricity/sewer system. So out went that idea. Here in Columbus the same thing. I cannot afford to live too far from where I work. I also don't like using toxic solar system, machinery, gasoline run generators, etc. Trying to study how somep people built an effecient passive solar home aligning with nature's seasonal patterns (now with global warming, it's getting trickier) and using what the local elements is offered. This eco-hero inspires me... but as always US government is striking him down... An altogether more wholesome protagonist can be found in the cuddly form of MICHAEL REYNOLDS, the star of Olvier Hodge’s inspiring documentary Garbage Warrior. For the past three decades this silver-tressed eco-hero has been transforming piles of glass bottles, beer cans and rubber tyres into wondrous houses in the New Mexican desert. Thanks to solar power, water stills and internal septic tanks, these ‘earth ships’ are ‘off-grid’ not reliant on any external electricity, gas, water and sewer systems.

Shortly afterwards he started experimenting, using discarded beer cans as bricks. Then he moved on to a system involving hard-packing dirt into old tyres to create a building material with astonishing thermal capacities. The buildings constructed using tyres, dubbed “Earthships”, have no heating or cooling systems, yet are comfortable in a desert where the temperatures soar in the summer and can get down to -35C in the winter. When Reynolds had his first success, he reminisces, “It was like, Jesus Christ man, I’m free, absolutely free.”

Reynolds’ designs wound up as bonus features on the DVD of the film, which is available at www.garbagewarrior.com.

I briefly saw these shows and documentaries you mentioned this man's name on but i have watched so many documentaries i merely made my mind go crazy with the opportunities before me, while still identifying all the reasons as i stated above in my post. There is alot of people doing many different things and trying to find the one is a challenge but at least there are many options out there and changed is immenient.

@CyScorpion I know what you mean! I get all excited trying to problem solve my housing situation after reading other inspirational folks who succeeded but then all kinds of roadblocks, mostly from the government, just puts more hurdles than I can handle. But there is a way, somehow. Best wishes in your endeavors!

What's a toxic solar system? I genuinely haven't ever heard of this. What makes it toxic?

Solar panel production is now among the leading sources of hexafluoroethane, nitrogen triflouride, and sulfur hexaflouride, three extremely potent greenhouse gases which are used for cleaning plasma production equipment. As a greenhouse gas, hexaflouroethane is 12,000 times more potent than CO2, is 100% manufactured by humans, and survives 10,000 years once released into the atmosphere. Nitrogen Triflouride is 17,000 times more virulent than CO2, and Sulfur Hexaflouride is 25,000 times more powerful than CO2. Concentrations of nitrogen triflouride in the atmosphere are rising 11% per year.

From a report by the Silicon Valley Toxics coalition:

As the solar industry expands, little attention is being paid to the potential environmental and health costs of that rapid expansion. The most widely used solar PV panels have the potential to create a huge new source of electronic waste at the end of their useful lives, which is estimated to be 20 to 25 years. New solar PV technologies are increasing efficiency and lowering costs, but many of these use extremely toxic materials or materials with unknown health and environmental risks (including new nano materials and processes).

@DeafGypsy I had no idea! I'll pay more attention from now on. Is there a cleaner manufacturing method out there yet?

I have designed many computers , networks and even living systems over the years. The answer is buffers, built in redundancy. If I lose a drive, or a server, cpu or memory chip, the system continues, often without any noticeable loss of function. I could be off grid in a few days if I chose. I have done it in the past. in other houses. It is hard to say if my systems are back up for the grid or if the grid is back up for my systems. I stay connected because I make money out of it. I have a little refining to do around water, food takes a LOT of work but it's fun and we have pretty decent surpluses. I got my quarterly power bill on Friday, it will pay my annual insurance with about $100 left over. I do things this way for convenice and income. There is more satisfaction and sense of achievement not being connected, for now I compromise on that. 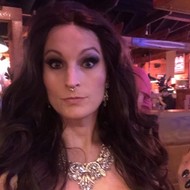 Yes, frequently, the irony is that I am going to work my entire life in pursuit of this.

Yes. I had a cabin in Northern CA on 96 acres, all solar. I also had a house in the Silicon Valley. I though about selling my house and moving to my cabin but decided not to. I want to be closer to culture, a major airport, good medical care, and so on. I may not utilize them much, but I want them to be accessible.

Working toward that end, ready for checking out.

Yeah, but it's super difficult to do in NNY. And I wouldn't be truly off the grid regardless, because I'd still have internet and phone, and I'd be selling excess energy to the grid and buying some during higher consumption (standard practice). But it's a nice idea.

Probably not.
Growing enough food would be too much work.
We don't exert me too much.
? 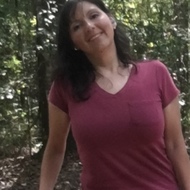 I'm working towards that, but still have a long way to go.

I would love to go off the grid with geothermal, solar and wind with a water aquifer provided deep well and satellite communications and internet, and chickens and goats for eggs and milk protein supplimenting a large greenhouse. All of this out in the deep woods where the only clearing is the roof of my cabin. Screw the world.
I currently volunteer at a community radio station that will be 100% solar in a couple of months.

He didn't say there wouldn't be phone or internet. ?

Technically phone and internet are part of the grid. To go completely off grid is to completely disconnect.

Not necessarily. I immediately have the thought of independence solely from the electrical grid. Communication remains important.

AGREED that Internet is a must have even off the grid. Communication is a human nature and obstructing that only allows disaster.

I had intended to keep phone and internet when I asked this question. I mostly meant "going off grid" as being self-sufficient and sustainable. Perhaps in a remote place.

@CalebMarion in that case, I'd still say no, as I don't fancy living somewhere where it would take an ambulance so long to get there that I'd be long dead before they arrived.

I want to be spatially on the grid, but effectively paying nothing for it.

Every single day. With an ever increasing severity. I have a plan, a place and an idea of what I'd need to make it happen. I own a concert production company and some of my favoirte gigs are the festivals where there's not cell coverage. 3 days with no phone will remind you real quick, how to have real fun and meet real people.

I've though tabout it. I'd need to acquire a lot mroe knowledge than I currently have in order to do it.

I have talked my sister into plantign more plants that are food productive or edible. I mean if you are goign to plant a bush or treee why not plant one tht produces food?

Going off the grid is a personal goal, but getting there requires resources, connections, and a like minded group which in itself is incredibly difficult to find and even be accepted into for a growing opportunity. I also struggle with where I want to plant myself indefinitely because state laws and economic ramifications of today and the future all play a part in this decision. Circumstances, like a life partner or a fantastic set of friends helps to choose a location and finally but not least, long term natural disasters previous and upcoming makes for a questionably rigid plan in permanent settlement. What kinds of things does anyone else do or think about with this goal in mind?

I live on my boat. I have a cell phone, and I have to be registered, but I can get all my water and electricity without plugging in. I don't think I could do the deep woods, I need the open water too much.

That’s bern the goal for the last decade. I planned to sell the house and live as a nomad, mostly in the wilderness, when the nest emptied. But the house is still underwater and I became a widow. I’m not sure how far from civilization I can go solo.

I've always really liked this idea but it does seem like a huge logistical problem and would be pretty expensive to set up. I'm hanging on to the idea of eventually moving to acreage somewhere a little more rural and am playing around with gardening techniques and considering hens to be more self sufficient and just for the satisfaction.
But for now still a slave to the man...and the grid.

You can include a link to this post in your posts and comments by including the text 'q:64228'.
Agnostic does not evaluate or guarantee the accuracy of any content read full disclaimer.