Regardless of what Ramos posted on social media, it's what Greg Abbott said about his posts that tells the whole world: Republicans are sick twisted, disgusting human beings. (Yes, the whole of the Republican party and every Republican elected official. Unless and until these people start speaking out AND voting out these people, they're of the same ilk and part of the same cancer.)

*Ramos made good on his vow, writing minutes later that he’d “shot my grandmother.” His last message foretold of his final act of unspeakable violence: “I’m going to shoot an elementary school,” he wrote about 15 minutes before he arrived on campus"

Greg Abbott's Response (in-part) :
Abbott revealed the shooter’s final posts at a press conference, saying there was “no meaningful forewarning of this crime.”

Now I don't advocate for violence, but aside from Gabby Gifford, it seems to me that far too many of these disgusting politicians (of which Gifford was not) are faaaaaar to isolated from the realities of gun violence. Maybe if it were to hit closer to home, they wouldn't say such utterly ignorant things and maybe they'd not find this acceptable. 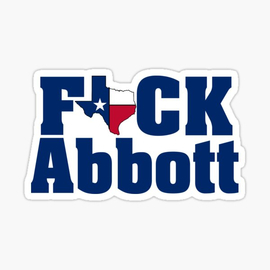 Fuck Texas with their NRA convention just down the road only days after this massacre.

You can include a link to this post in your posts and comments by including the text q:668345
Agnostic does not evaluate or guarantee the accuracy of any content. Read full disclaimer.