What was done to all these shooters when they were young children? In their homes? Is anyone concerned?

I can just about guarantee you every single one of them was either abused or neglected or both.

Not everyone who is abused becomes a shooter, but every shooter was abused.

Online forums and social media have continued to serve as vital tools for spreading racist ideologies, misinformation, conspiracies and hate. It's led to the rapid radicalization of people like the alleged Buffalo shooter, Payton Gendron, according to an ABC News analysis of what authorities have identified as Gendron's writing.

"The online environment serves terrorists in several very valuable ways," said Daniel Byman, a professor at Georgetown University and a senior fellow at Brookings Institute. "It gives them very easy reach. Ideas kind of ricochet around the world very rapidly and people can form communities around the world."

Gendron said he was radicalized in recent years after engaging with white supremacists online, according to a document authorities say details his plans and motives that has been reviewed by ABC News.

In the months and weeks leading up to his alleged attack on the Buffalo supermarket mass shooting, he became increasingly violent in tone on online platforms, according to the source.

In the document allegedly detailing his plans for attack, he expressed racist and antisemitic sentiments and declared white supremacist conspiracies as his motive behind the attack.

"Violent extremists are increasingly using social media for the distribution of propaganda, recruitment, target selection, and incitement to violence," FBI officials Michael C. McGarrity and Calvin A. Shivers said in a 2019 statement to the House Oversight Committee during a hearing on white supremacy.

I ask because, occasionally, my father used physical violence and my mother used verbal violence. They were neither alcoholic nor mentally ill.

I grew up very angry. I didn’t shoot anyone but I burgled a house and might have been shot. A war started in Korea and the government sent me to it. The GI Bill made college possible. I didn’t want children because I didn’t want to do to more children what my parents had done to theirs.

I graduated and found work I liked and paid well. Happily, I found a woman who for different reasons also didn’t want children. Also happily, we had time to swing.

I wonder what they are listening to or reading... Notions being put into their heads by others that the parents might not even be aware of, but SHOULD be. Parents need to keep a check on their kids, even when its hard because they are demanding privacy.

All the adults and peers in a young persons life should keep a communication connection open -- in a perfect world -- and be a listening ear if allowed - especially if they are posting disparaging things on social media. Sadly some who who harbor dark secrets are likely not going to listen to reason and compassion. 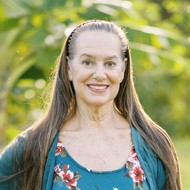 Most of these shooters are sociopaths or have other mental disorders and were probably born with these predispositions which manifest later in life . There is a large segment of the population that were brought up in more dire situations than this that don’t go out shooting people . 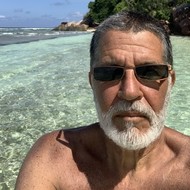 You can include a link to this post in your posts and comments by including the text q:668731
Agnostic does not evaluate or guarantee the accuracy of any content. Read full disclaimer.