(We all know this is really about how the doctor made republicans look bad by talking about the case of the 10 year old rape victim, which under proposed republican legislation would have forced her to carry the child and give birth.)

— An Indianapolis doctor who provided abortion drugs to a 10-year-old rape victim from Ohio defended her actions before a judge Monday in an episode that drew national attention in the weeks after the U.S. Supreme Court overturned Roe v. Wade.

Dr. Caitlin Bernard testified during the second day of a court hearing on an attempt to block Indiana’s Republican attorney general from seeking patient medical records. The attorney general’s office says it is investigating whether Bernard properly reported child abuse and possibly violated patient privacy laws by telling a newspaper reporter about the girl’s case.

The Marion County judge said she expected to issue a decision next week on whether to issue a preliminary injunction against the attorney general’s office.

Bernard treated the girl in Indianapolis in late June, as the girl was unable to have an abortion in neighboring Ohio. That’s because Ohio’s “fetal heartbeat” law took effect with the Supreme Court’s decision. Such laws ban abortions from the time cardiac activity can be detected in an embryo, which is typically around the sixth week of pregnancy.

Bernard and her lawyers maintain the girl’s abuse had already been reported to Ohio police and child protective services officials before the doctor ever saw the child. Bernard said during her nearly 90 minutes of testimony that her lawsuit was aimed at protecting the girl’s privacy. ...

The Dr should receive The Medal Of Honor. She would if I become POTUS (and I think we all hope that never happens). 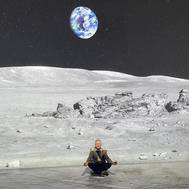 Over turning Row Vs. Wade is one the stupidest things this country has done. Another is electing Trump for president.

It saved democracy...for the moment.

You can include a link to this post in your posts and comments by including the text q:696692
Agnostic does not evaluate or guarantee the accuracy of any content. Read full disclaimer.