Do you agree with Sam Harris's argument that morality, if the term means anything, ultimately boils down to questions about the well being of conscious creatures? Why or why not?

I do not. I must first admit, I was skeptical that science could answer questions about morality but I was hopeful that Dr. Harris, with a degree in philosophy and a PhD in neuroscience, might be the one with a sound argument as to how and why science might be the answer.

I was hopeful because I agree with him that there is [currently] no such thing as Christian or Muslim [or other religious] morality... that “the mere endurance of a belief system or custom does not suggest that it is adaptive much less wise,” that it is possible for people to believe and to value the wrong things... that science and religion are antithetical and will “never come to terms,” and especially, that “the chief enemy of open conversation is dogmatism in all its forms.”

I also think Harris is right to make the distinction between pleasure and well-being. Perhaps most important is Harris’s assessment that “this faith in the intrinsic limits of reason is now the received opinion in intellectual circles.” “There is an epidemic of scientific ignorance in the United States... few things make thinking like a scientist more difficult than an attachment to religion” he tells us. Although I believe this assessment is correct, I find it to be a frightening characterization of today's “intellectuals.”

Unfortunately, I remain unconvinced with the argument made by Sam Harris. He tells us very clearly that his argument is that "questions about values - about meaning, morality and life's larger purpose - are actually questions about the well-being of conscious creatures... and therefore, translate into facts that can be scientifically understood." And he states that understanding of the brain will give us "the right and wrong answers to questions of human values."

He then tells us the alternatives: "to invoke God; [or] to give voice to one's apish urges, cultural biases, and philosophical confusion. Of course, he is correct. Today's values are determined almost exclusively by culture, tradition, and interpretation of the Bible, Koran, the Tanakh (and other documents of the Jewish faith). I would argue, as I believe the author implies, that the "values" these latter provide are, in fact, also derived from culture and tradition. To his last alternative - "philosophical confusion" he is also right. But this one, I believe, can and should be corrected and it is due to an epidemic of philosophical ignorance. Harris is right to look to science for answers to this problem, but we should not give up on philosophy either.'

It is the clearly articulated premises that I believe is incorrect: "human well being entirely depends on events in the world and on states of the human brain." "Consequently, there must be scientific truths to be known about it [which will] "force us to draw clear distinctions between different ways of living... judging some to be better or worse, more or less true to the facts, and more or less ethical."

I believe this premise to be wrong on several levels. Foremost is his conviction that "well-being" is the goal. This begs the question. Well- being of what? He tells us: "questions about values... are actually questions about the well-being of conscious creatures.

He then argues that the ultimate value can be determined "if only we can obtain facts about how the brain responds."

But a brain that is in a state of drug-induced euphoria may provide a scientific indicator that jumping out of an automobile traveling at high speed is a sensible thing to do. Or it may show that rats on LSD light up

the indicators like nothing else. Does this prove that the ultimate value is rats on LSD? Or, if we are convinced that 'man' is the ultimate value - the standard of reference for all decisions about what we ought or ought not do - does this example prove that anything, including drugs, that create a state of euphoria, is the correct measure of this "ultimate value."? 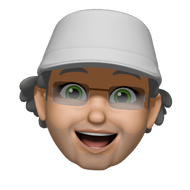 According to Sam, consciousness is an illusion and we have very little if any freewill. I agree with Sam. This idea, I believe, will become more interesting during the next few decades. If we don't have much freewill, then how can we hold accountable criminals? Anyone interested should read the book "Free Will" by Sam Harris if you haven't already. It is fascinating.

Yes I do agree. Sam’s argument boils down to suffering when trying to evaluate “sentience” of beings. While not an absolutely iron clad argument, based on what we know about neuroscience and the nervous system and how a human’s sense of pain is altered through brain damage or other interruptions of the nervous system, I think it is reasonable to suggest that creatures that lack the neural and nerve complexity experience less suffering than others that do have that complexity.

Many people also object to the idea of “objective” morality. In my view this is a failure to understand what Sam really means here. He doesn’t mean it in terms of “absolute” morality, he means it in terms of the objective, empirical pursuit of morality, insofar as the evidence can reveal these “truths”. If we look to any scientific theory, it is our best attempt at objectively understanding a phenomenon in our universe, but no theory is absolute, it is simply an objective approximation of reality. We know this because when we look at two of the most successful physics theories to date, General Relativity and Quantum Theory, they do not agree. If the universe is ultimately describable and coherent, then there should be one all-encompassing set of equations that can describe it, even if we never find them.

Morality is similar in this way. We might never know, in practice, the perfect recipe for morals, ethics, and well-being, but we can, in fact, judge certain behaviours as begin more or less ethical. You can also imagine many “peaks” on the moral landscape which may be equal in the degree to which humans who live on those peaks feel a sense of well-being, but there are also many troughs that will show the same for suffering. Sam deals with psychopathy by saying that we never use outliers to judge or define the reality of the majority. I think this is fair.

And again, one might say, what about people who are masochists or sadists, etc etc. Well, again, these people are not representative of the majority, and why would we use outliers to define our morality. And it’s not to say that those people who have certain proclivities that come right up against the well-being of others do not have other peaks on the moral landscape that they visit where they do not come up against the well-being of others.

The point is that an objective and empirical approach to morality and ethics could be a rich and valuable field if we could just let go of the idea that old trope that you cannot get an “is” from an “ought”...PFFT!

Yes, I agree. Sam explains this well and I agree. We can use reason, logic, and science to arrive at all the morals the religion tries to offer us.

But more than that, I disagree with Mr. Harris' assertion that there is a scientific, psychological basis for moral authority, and I further disagree that it is possible for us to understand the future implications and effects of our actions as cause and effect ripples through to the future, and as such it is extremely difficult, if not impossible to truly understand what is in the best interests of a conscious creature's well-being.

Morality is a social construct, perpetuated through social reinforcements. While I personally believe that the ultimate well-being of living things (conscious or otherwise) is a great starting point for determining and designing our social morality systems, I don't think that Harris has landed on anything particularly profound.

I would state that morality boils down to the well being of society and not the individual.

A dog that kills a squirrel for no other reason that it being there cannot be said to be moral or immoral nor is there any metric by which we can state that other dogs judge it moral or immoral.

But a human that kills a squirrel for no other reason than it being there can be said to be moral or immoral by others though the person themselves cannot self-judge their own morality effectively since they can always argue that their well being demanded they kill that squirrel for no reason other than their own boredom.

@Grecio
A common framework of what is good and bad is the cornerstone of any society. However, Socialism is about politics and economy, not ethics.

I would argue that human dignity is a part of well-being.

Yes because it bothers me therefore it should bother any sane person.

@icolanDoes not give credit to the lower creatures ability to have feelings which they do.

Harris argues that ethics is the empirical science of learning how to be happy by best observing the Golden Rule (conspicuously absent from the Ten Commandments).
Same as Rule #1 when Stuart Little (E.B.White) invited his 2nd graders to make up their own class rules: "Absolutely No Being Mean."
It's the Euthyphro Dilemma (which surely antedates Plato), wherein Socrates asks if "piety" (virtue) comes from the gods and is what the gods like, then why do they like it? If they like it because it's good by itself, then the gods are irrelevant. If it's good because the gods like it, then anything could be good (honor killings, suicide terrorism, Inquisitions, conversion by the sword, etc.), and there is always disagreement about what the gods like (perhaps because God's Will so often seems to coincide with the interests of the speaker). Socrates/Plato concludes that "piety" comes from somewhere else.
Harris picks it up from there.
But any 2nd grader can figure out how to be nice (unless they're a sociopath).

Interesting response, I'll mark you down as a 'yes moral questions come down to the well being of conscious creatures.' Perhaps this is an articulation of the higher good that Socrates/Plato posited existed that made a concept of good that's not subject to the whims of the gods.

One of the main traps of religion is the notion that you can't be a good person without it.

You can include a link to this post in your posts and comments by including the text q:78841
Agnostic does not evaluate or guarantee the accuracy of any content. Read full disclaimer.