How do you define agnostic, atheist, and theist? I define self as a strong agnostic atheist, but find that there seems to almost be two definitions for agnostic. Do you think terminology causes confusion? Picture shows agnostic as I use it. Agree disagree?

Yes confusion has been epidemic since Darwin published with Huxley urgings then Huxley invented the bogus agnostic can't know avoidance of believers against Atheists. ...Webster has been falsely defining Atheism since he hated Thomas Paine condemnation of the King James bible in AGE OF REASON THE 3RD PART. . We Atheists have considered the vacuum of evidence for alleged deities and conclude the concept of gawds gott gods to be gibberish without rationality. I refuse to debate the existence of non-existence just as I don't harass people in the psyche ward getting treatment for their delusions

I prefer anti theist. I'm don't believe in god but I'm only 99.9 sure it doesn't exist. I'm humble enough to admit I might be wrong. However, I feel strongly enough about the worldly religions to be opposed to there continued use. Religion has been disastrous attempt at controlling people. I digress.

When someone ask about my religion I say atheist more often than not because anti theist can be a bit combative.

Isn't it great that we are on sight that is called agnostic.Com and we really don't know or have no consensus on what it means. How much more are theist confused about such terms. So lets get into it.

Matt Dillihunty I believe gives the best definitions of atheist.

As far as the term Agnostic I believe there are also two distinctive meanings used that are very confusing.
Gnosticism is about knowledge.

Theism is much simpler and more easily understood be religious people.
This is usually stuffed into one general loose meaning.

I hope that was helpful.

Please allow me to pontificate. It doesn't matter how I or you define any word. What matters is the actual definition and using the word appropriately. I should link the definitions but I'm lazy.

I agree with you that people should use actual definitions. The problem is when we communicate it does not matter at all what we say, but how it is understood. If the word I use is thought to mean something other than what I meant to communicate, I have none less failed to communicate.

And not using etymologies as definitions also matters.
[en.oxforddictionaries.com]
[merriam-webster.com]

Being a writer, I tend to lean towards the 'textbook' definitions. In that light, an Atheist and an Agnostic would be considered different sets of beliefs. An atheist flat out does not believe in any type of Deity, and does not consider the possibility to be plausible. An agnostic, while not seeing any evidence of 'god', also embraces the fact that we can never know everything, so while not necessarily believing, they do not discount the possibility that there could be a god.

Of course, this is just a basic breakdown, and as we all know, the usage of words in a living language is often modified from the literary or scientific usage. So, I say you can use the term as you like - and it may give you an opening to have a great discussion with someone (whether they agree with your usage or not).

These discussions are usually pointless because too many people ignore any kind of authoritative definition, and rely solely on the etymologies. I have come to regard this "agnostic atheist" stuff as libertarian Koch/Cato Institute-backed dogma intended to confuse and divide non-believers.

I completely agree with your statement. The difference between the two, as you proposed, is how I view them. “I’m not ruling anything out, unless someone provides me with actual proof, I don’t believe there’s some deity controlling everything.”

It is a real pain in the butt as Atheist to have to define everything we say to theist and each other. The problem is very few theist have any idea what any of the terms we use mean. If they do "know" what we mean they are more than likely wrong about what they think we mean.
In order to be understood and have conversations both parties must understand what is meant be words. We must therefore make sure the words we use are understood as we intend them. A real pain in the rear but necessary.

I think the pic does a decent job of explaining it. I generally tell people that atheist and agnostic are not mutually exclusive; one is about knowledge, the other about belief. I honestly think it's completely irrational to claim absolute knowledge on either side, so although I generally call myself atheist, when someone really wants to know where I stand I say I'm an agnostic-atheist.

That said, when people start talking about their own god, specifically the Abrahamic god, I can say with certainty that particular god absolutely does not exist (at least not as most people define him). It's not hard to prove, but strangely Christians are able to contort their brains in a way that they can still dispute it and believe they're making sense -- happens 100% of the time.

I don't think terminologies really matter all that much. Everyone tends to define themselves for themselves. As far as I'm concerned, I don't care how other people attempt to define me, that's on them. I know who I am and labels are irrelevant to me. I am an atheist. To me, that means I do not believe in any gods at all. I believe ALL religion is a scam. Period. Define yourself however you please. It doesn't really matter.

I define agnostic, atheist, and theist as terms that all refer to a relative level of belief in a literal god; that is to say, an all-powerful, sentient being who created the universe, etc.
And while I realize that something in the neighborhood of 98% of the entire human population today (atheists, believers, and everything in between) think of god in literalist terms, it's not the only well-established idea of god, even in traditional religious circles.

The idea of god as a personification of the collective forces we don't understand, or a metaphor for the distilled essence of our highest values, or a psychological archetype scientifically understood to exist in the Homo sapiens population, isn't addressed by, or even recognized by those terms.

This metaphorical god is recognized by science (at least the social and psychological sciences) as a real, innate feature of the human mind, which served a critical role in the stellar success of our species, and as an evolutionary adaptation, is not in any way dependent on conscious belief systems, or likely to go away any time in the next few hundred thousand years (unless by gene tampering).

I have yet to hear the first person (scientist or otherwise) claim that metaphor doesn't exist, or isn't useful. So I don't know what to call myself. Maybe mythologist? I don't feel a need to classify myself, pro or con, relative to a mass delusion. Maybe "realist" will suffice. Or I would settle for "scientist".

@atheist Maybe that's the word I'm looking for. Thanks.

@atheist Cool! Lots of info there! I'll enjoy reading through it, thanks.

These are exactly how I use these definitions, and I find it very useful. There seems to be a lot of people on this thread that don't like these definitions but not me. If for no other reason they make for interesting conversations, especially with theists. I have gotten several times " but how can you know there is no God". Using these definitions is a good way of explaining that that's not what I'm claiming at all.

Agnostic: a person who has determined that it’s impossible to know god or prove that god exists/doesn’t exist. I would also add that it’s a ridiculous question w/o merit.

Labels are labels. They do not make you what you are. Most agnostics, for example, don't say they don't believe in a god, there is just not any evidence to support the idea of one. But so no one else is confused I refer myself as a born again agnostic athiest

Gnostic aetheist according to your choices. Freethinker is more appealing terminology to me.

I posted a modified Dawkins scale and got hung out to dry for trying to start a dialogue on standardizing these terms and definitions. Despite that, I stand by my input to the discussion, and use it as a reference.

Unfortunately, religious people perpetuate the misconception that all atheists are gnostic atheists when most atheists are just very very very sure agnostics when it comes to organized religions. We waste time trying to correct them on the definition of "Atheist" as they WANT it that was for a debate on "belief". By using Agnostic, it shifts the conversation into evidence and proof... which is dangerous territory for a religious person. 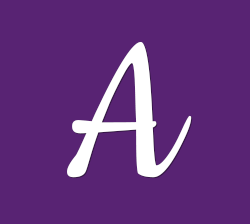 You can include a link to this post in your posts and comments by including the text q:9780
Agnostic does not evaluate or guarantee the accuracy of any content. Read full disclaimer.