A false claim that Dr. Anthony Fauci and his National Institute of Allergy and Infectious Diseases had funded a medical experiment that trapped beagles in cages filled with diseased sand flies, is being rapidly spread throughout the conservative and MAGA world, by a little known right-wing “animal rights” front group called “White Coat Waste Project.” This has led to thousands of threatening calls to Dr. Fauci, his family, and staff. Meanwhile, folks like Donald Trump Jr. see this fake story as a terrific fund raising opportunity, and have been busy selling merch - such as T-shirts which accuse Dr. Fauci of being a “puppy killer.”

Well, gee whiz! So Republicans are now animal rights activists? Why, who knew? Can’t wait to see what’s next - Donald Trump writes a vegan cookbook titled “The Art of the Meal?” Pardon my skepticism, but my guess is these gun-worshipping MAGA morons care as much about animal welfare - as Steve Bannon cares about personal hygiene.

And, guess whose been leading this attack on Dr. Fauci with this fake animal research story? Why, none other than noted animal lover Donald Trump Jr. - a guy whose favorite hobby is killing endangered elephants and leopards in Africa - just for the fun of it. I mean, isn’t having Don Jr. leading the fight for animal rights, kind of like asking Hannibal Lecter to do a PSA against cannibalism?

The truth is, most all of these so-called MAGA Republican “animal rights” activists, probably eat mammals such as pigs frequently, without any concern for them whatsoever. This, even though pigs are actually smarter than dogs - and certainly smarter than any Trump supporter I’ve ever met. Although, some might argue that Trump supporters actually are pigs, but I digress.

Now, I’m certainly no big advocate of animal testing, but this isn’t about that. It’s about MAGA sycophants who’ve been busy passing AG-GAG laws, designed to prevent whistle blowers from exposing the horrible cruelties committed on animals by agribusiness - and spreading lies while posing as animal rights activists. No, this isn't about animal welfare. What it’s really about, is making Dr. Fauci’s life miserable for his perceived disloyalty - to Donald J. Trump. 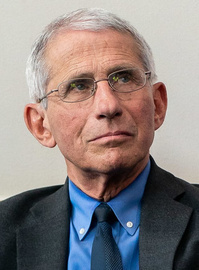 I love me your digressions!!!!!

Don Jr give me a break , trumpleforeskin Jr can barely make a sentence

Oh yeah, obviously trumpsters will believe anything, ..now please pass that roast of baby my way..

The next Faucism frontier, 5 times the weight mass of humans, livestock. Then your bird feeder and your little dog too. Vaccines them all.

Conspiracy addicts are fools. Shame on them.

Everyone conspire, who are the fools that are always boxed in.

@Castlepaloma I just love how you show your ass every damn time..

I would rather die on my feet for freedom and independence integrity. Then to be on my knees begging billionaire to do most of my thinking for me. This keeps up, the vaxxers will thanking them for shots every 6 months and thanking them for mixing maggots and bugs in your food diet. Not everyone was designed to be slaves or owned.

There is no shame for people policy of honesty and being harmless and controling their own health.

Forcing someone will with poisons into their bodies is the most shameful worldwide practices that I can imagine.

@Charlene That dude still around? I blocked his crazy ass.

... question, did you get vaxxed against Polio, how about measles, mumps and whooping cough as a kid?

@Charlene
I toured the world and been vaccinated probably more times than any one here. I really look at numbers of covid deaths during the Vaccines roll outs. By far higher than any number of deaths by vaccines of any kind in my lifetime. Had not taken the flu shots neither because people were taking the flu shot were always getting the flu.

Even Kill Gates said covid vaccines are a failure. So all you take thosr Vaccines, I would like more parking spaces and less lineups.

More from the MAGGOTS .