NBC News is reporting that Boston Children's Hospital has been forced to issue a warning to its employees to be on guard for their personal safety due to a large volume of death threats targeting clinicians and other hospital staff, after conservative groups like “LibsofTikTok” began spreading lies on social media that the hospital has been performing hysterectomies on children under the age of 17, if the kids simply state they're transgender. In response, Boston Children's Hospital says they “do not perform any such procedures on children.”

Smart move MAGAs, because nothing says “I’m a true patriot,” quite like threatening people who dedicate their lives working to save children - all because of “rumors” you’ve seen posted about them somewhere on the internet. How can this happen you ask? Well, it appears it all began when right-wing grifters realized what a gold mine there is out there, just by feeding insane conspiracy theories and lies to folks who apparently were born without a “bullshit detector.” Or, as they are more commonly known by - Donald Trump supporters.

That said, I’ve always thought it must be rather depressing, spending all your time being so angry about what everyone else is doing with their bodies, or in the privacy of their own homes. Why not just mind your own business and live and let live, you ask? Well, to do that would be missing the point, which is to try to make sure everyone else's life, is just as miserable as yours. And now, thanks to our Christian fundamentalist Supreme Court, these freaks are now free to do just that - bring their own sick, demented fantasies - right into our homes and bedrooms. And, you can bet it’ll be the gift that keeps on giving, folks!

Of course, these nice “Christian” folks don’t wanna just limit their vitriol to things like Children's Hospitals or healthcare professionals. No, not when there are so many other people and things to focus their pent-up rage, anger, and sexual frustration on. You know, like teachers, parents of school massacre victims, advocates of sensible gun laws, the LGBTQ+ community, pro-choice folks, feminists, scientists, authors, textbooks, entertainers, local election workers, US Capitol Police, judges, the DOJ, and now - the FBI. Why, it’s a damn shame when you feel so much hate, yet there’s so many laws against doing something about it. 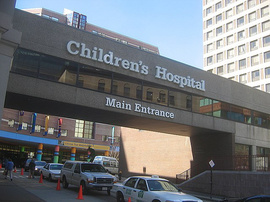 To Clarify: I used the Hug Emoji for everybody reading this, not the subjects of your spot-on commentary.

I heard that reported..it's disgusting that these "real Kkkristian Patriots" behind computer screens are so fucking brave. Those children they so hate are braver than they'll ever be..

My surgeon was forced to leave Oregon by a group of religious doctors.

"We will achieve the Kingdom of God in America!"

If you included disabled & differently-abled on that list you would be in Germany under Hitler......

It is so crazy. IF you are under 17 and get a hysterectomy identifying as transgender does that make you another gender? It makes no sense. In the last few months I have learned that idiots think the Left is actively making young people gay or transgender. Just go with the program and get free drugs. Yes, we have a great fear today. OMG! What if my mom was really my dad?