We rely on members to let us know when posts contain content that violiate the community guidelines. The most common reason that content gets flagged is that it contains dehumanizing or trolling/baiting text. Getting too many flagged posts will result in account termination.
10 13 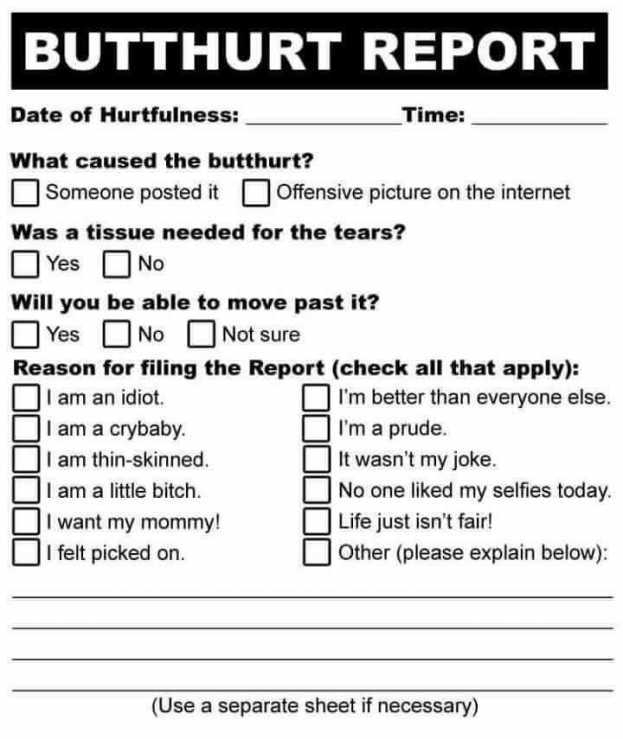 I didn't see the post, but you are male & have no business telling any woman something isn't sexist.

@phxbillcee You're not worth talking to. Blocked.

@Carin I'm not worth talking to, from the woman that didn't even see the original post & passes judgment! Hilarious!

Ok, I must be dense. How is this sexist?

I don't get it with some people here, I'm not sure what you posted, but don't understand why if someone doesn't like something posted, they can pass it up. I belong to the gardeners group and posted pictures of me fishing and caused someone to call me a murderer, And I had a title about fishing. I also posted dog eats butterfly, I think that caused a man to cry. I'm not about showing stuff that's really harms anyone, I hope the people never join the offender's group, It could be bad. Best of luck Bill

That's where I moved to!

I'm gone! Enough of this bull!

Everyone has a different sense of humor..if anything posted isn't your style then by all means go to the next post. You don't have to get all up in your feelers... just move on. I do it all the time.
Bill it's probably someone who never comments or likes posts. I've been watching who does that.

Really?!? Look where I've gotten the most push-back from!

There is bad taste and poor taste.

If something is ugly sexist or misogynistic we can actually filter ourselves.

There is already an offenders group it you can't tell the difference.

Maybe I should use the 'most interesting man' theme with, "I don't always post questionable material, but when I do I don't expect censorship!" Maybe it's time to move, tho I'm not posting memes that get deleted I despise the fact that they are, especially ones that are so mild! Tho I hate him, I've seen posts that go very dank on tRump, that have far outstripped this one, & everyone applauds! Talk about double standards! 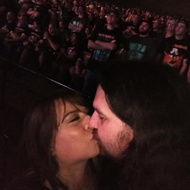 That is one of the few things I get "evangelical' about!

There are some people that are reading into these way too much. They are just that.. memes/jokes. Some will catch us off guard a bit but not so to get everyone's panties in a bundle over it. We are ALL adults here. Not all have a twisted sick sense of humor as others. That is totally fine but if you are in this group, get ready for some demented naughty somewhat questionable push your buttons over the edge, kind of shit to be posted. Again, if you don't like it, move the fuck on and it's water off a ducks back as they say.

I have this saved in case I need to give this to a hypersensitive participation trophy recipient millennial.
I instruct them to fill this out completely and we will get back to them...............or not.

I will often tell them where they can file it! Maybe if they soak it in PreperationH first it will ease their butt-hurt a wee bit!

Bill, I called out the casual sexism (not so casual; it was pretty explicit) of that post. I didn't report it or request that it be taken down. I merely commented that I didn't think those kind of comments were 'cool'.
But I'll go further, the problem is that attitudes like those expressed in that meme not only objectifies women, and that includes your own daughters (grand-daughters), sisters, mothers, but that it suggests that such attitudes are acceptable. It's disrespectful and potentially harms women's self-esteem, leading to further mental health issues such as self-harm, clinical depression and the kind of toxic masculinity which elects a Donald Trump. I don't see there being much of a difference between this meme and "grab 'em by the pussy". Now maybe you're ok with that. I don't know you. I don't know what your life has been like. But unless we voice our disapproval of misogynist "humor" when it occurs, we're no better than the Brock Turners of this world.
That's not me being a snowflake, that's me being a man and standing up when someone says something out of order.
<Let the flame war begin!>

No, no flame war. I think y'all have lost a sense of perspective & your sense of humor, is all. As I stated, if you have a comment to make, have at it. I think it was misplaced on this post when ones like this get no reaction...

@phxbillcee I thought this was offensive too - no, strike that. Not offensive. Just stupid. The difference being that 50% of the world's population isn't reduced to being a mouth and a cunt, here. There is no denigration of the woman (possibly denigration of the dog, calling its intelligent in question).

Also, to equate "grab them by the pussy" to this is disingenuous at best. One is an act of aggression, without permission. The other was a statement on sexual dynamics. Totally false conflation!

@phxbillcee that one isn't sexist Bill. In bad taste yes but there's so sexism to it.

@phxbillcee no. You know I love you to bits but that one implies women have nothing of value to say and are only good for one thing. There are still plenty of men around who think just that.

@OpposingOpposum So, we delete it, instead of even having a conversation on it! This group has gone to hell! When even the people who bitched about Normies are turning into nuns, maybe it's time to move on, or form my own group for folks who aren't so self-righteous!

@OpposingOpposum & saying the 'dog' meme isn't sexist! Notice it shows a woman, not a man, & her skirt is hiked up. At least be honest, dear!

@OpposingOpposum Sex has been used as a 'weapon' by both genders forever. Maybe more so by women as often it was the only power they had to wield (i.e: Lysistrata). To deny that is disingenuous & dishonest!

Thank you DrGiallo. Very well expressed. It’s good to know that there is one man who gets it. Zero tolerance for sexism is needed because when you allow what seems to be a harmless little joke , it opens the door for increasingly abusive behavior. Some of us have been in abusive situations , have seen exactly how this escalates. I am one.

i disagree , in real life i agree , for the purposes of memes nothing is distasteful or out of bounds, heard one guy say he eats out female apes lmao, pretty sure he was joking. zero tolerance is good in real life, not in this meme group sorry ladies. not like us guys got it easy, with all penis jokes, fair is fair win it comes to comedy.

@phxbillcee dude... opposing opposum don't even show that she was here.

I totally agree, but this is why we have the block function. I have blocked several men who post sexist memes here. If I'm offended then I can filter the perps myself. We all have that power. Plus, we are all free to leave if we do not like what is posted here.

@CaroleKay Who knows when someone is blocked? Can the person tell they are blocked? Can you get a reputation as a "blocker?" (Sorry, new here)

If you can't see a person's comments, yet you can see their tags, YES! You are blocked. I'm sure it was for something sexist, I had you blocked when I first started here, lmao! Xoxo