Here are a few lines from a recent SCOTUS ruling on guns:

A District of Columbia law banned handgun possession by making it a crime to carry an unregistered firearm and prohibited the registration of handguns.

The law provided separately that no person may carry an unlicensed handgun, but authorized the police chief to issue 1-year licenses; and required residents to keep lawfully owned firearms unloaded and dissembled or bound by a trigger lock or similar device.

Respondent Heller, a D. C. special policeman, applied to register a handgun he wished to keep at home, but the District refused. He filed this suit seeking to prevent the city from enforcing the bar on handgun registration, the licensing requirement insofar as it prohibits carrying an unlicensed firearm in the home, and the trigger-lock requirement insofar as it prohibits the use of functional firearms in the home.

The District Court dismissed the suit, but the Appellate Court reversed the District ruling, holding that the Second Amendment protects an individual’s right to possess firearms and that the city’s total ban on handguns, as well as its requirement that firearms in the home be kept non-functional even when necessary for self-defense, violated that right.

But the SCOTUS ruling also said that regulations were allowed.

@yvilletom And it just reaffirems what the amendment says about well regulated!

How paranoid or aggressive must a person be to need to wear a gun around the house. I bet it would keep the kids in line. After all, trigger locks take so long to remove if there’s a home invasion. 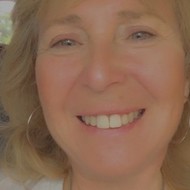 Posted by SeaGreenEyez🤦🤦‍♂️🤦‍♀️ I just literally, catalogued a shooting in Anchorage, Alaska.

Posted by SeaGreenEyez🤦🤦‍♂️🤦‍♀️ I just literally, catalogued a shooting in Anchorage, Alaska.

Posted by glennlabIt's time to start showing the victims on TV and in other media. I have seen what these weapons do to a human, there is no legitimate reason for a civilian to own one.