These are all articulative techniques towards delivering a message towards conforming information to develop a foundation of opinion. Propaganda is constantly confronting us from all aspects of information and angles of our lives. I placed it in front of the others because all those after it form the conditions to reach the last, our perception.

Virtually everything we say and how we act and react can be tied to this by a vast degree. Every comment and move we make on social media, the Internet as a whole, our cell phones and our purchases are being monitored and used against us and put into a profile by governments and corporations.

It can and is being used against us as a weapon. It's totally up to you to recognize when it is so. Politicians use it, every aspect of media uses it, I use it here in this group. Your computer uses it, your social media, it fills you email, TV, and radio with it. Your cell phone and computer collects your information to use it on you along with every purchase you make.

You must do the work to understand who is using it to deceive and control you or who has a genuine agenda to inform you. There is no shortage of opposing information to that which is out there to deceive you. You just have to be willing to find it and or ask for it.

If you struggle to find or ask the right questions and or quickly reject opposing information, you're probably trapped in the conditioning propaganda meant to deceive you.The rabbit hole of the conditioned. You're either unwilling to do the work or blissfully, or knowingly, don't want to know the truth. It's easier for you to confront the opposing information by attacking the presenter. I've seen this come in many forms. The worst being someone that can't provide a substantial debate towards a respectable discussion. The rabbit hole of the conditioned.

Robert Parry, the founder of the first Internet news source, Consortium News, exposed the Reagan administrations agenda program of perception management to use on the public to begin the era of perpetual warring we are heavily engaged in today. Here are 2 articles on how Intelligence and Public Relation Firms worked together with our government against us on this propaganda agenda.

And on the Welcoming Page you can find a discussion between Abby Martin and sociologist Peter Phillips that goes deeper into explaining how Public Relation Firms work to manufacture a manipulative form of false information we receive and filter it down to our main stream corporate media to control the information we see and hear. What they want us to see and hear to manage our perception. Abby Martin - Giants Who Really Rule the World

“I came out of AP (Associated Press) which is kind of a working class/working man’s kind of news organization so I wasn’t used to this. And we had as our guest that evening Brent Scowcroft, who had been on the Tower Board, and Dick Cheney, who was then – who was going to be the ranking minority figure on the house Iran-Contra Committee, and we’re going through this little delightful dinner, and at one point Brent Scowcroft says, he says “Well, I probably shouldn’t be saying this, but if I were advising Admirable Poindexter, and he HAD told the President about the diversion, I’d advise him to say that he hadn’t.” And being new to this whole, sort of game, I stopped eating, and looked across the table and said “General! You’re not suggesting that the Admiral should commit perjury, are you?” And there was kind of like an embarrassed little silence at the table, and the editor of Newsweek, who was sitting next to me, says – I HOPE partly jokingly but I don’t know – he says, “Sometimes we have to do what’s good for the country.” Robert Parry ---- [consortiumnews.com]

Given the clear indications of the political alienation of a broad spectrum of the American public, Parry's well-documented and fascinating book could be one of the most important in this national election year. "Conventional wisdom" is defined as "the collective judgment of that community of insiders--what the Washington-New York elites in government, journalism, academia and business think . . . is true about any number of hot topics." And to assure the validity of such CW, Parry says, the public is lied to over and over again. The author documents his charges by taking the reader through the machinations of the Iran-contra scandal, the 1988 presidential election, the Clarence Thomas-Anita Hill Supreme Court hearings, and the use by the federal government of what is euphemistically called "public diplomacy," i.e., illegal domestic governmental propaganda supported by taxpayer dollars. Parry's muscular closing chapter on America's future outlines 14 ways the public can act to "demand an end to Washington's antidemocratic elitism." Highly recommended for all libraries. --From Library Journal, Chet Hagan, Berks Cty. P.L. System, Pa., Copyright 1992 Reed Business Information, Inc.

How could the Washington press corps miss, or report tardily on, the savings-and-loan debacle, Iran-Contra abuses, Saddam Hussein's Western-backed military buildup and nearly every other major scandal of the 1980s? Parry, a former reporter for Newsweek and the Associated Press, faults the major news media for cozying up to the political elite and suppressing stories that go beyond the conventional wisdom dictated by the Washington/New York government, business and journalistic establishments. Crucial reading for citizens who want to be informed of the news behind the news, this compelling report is replete with examples of media cowardice and kowtowing to power. Parry delivers a damning account of the media's selling of the CIA-funded Contra army to the American public, the demonization of longtime CIA employee Manuel Noreiga, the Reagan administration's propaganda apparatus (operating out of the National Security Council) to create a pro-interventionist mindset, President Bush's professed ignorance of Iran-Contra abuses, and the press's failure to cover CIA terrorist campaigns abroad under Bush, its former director. --From Publishers Weekly, Copyright 1992 Reed Business Information, Inc.

'Video not available in US'

A victim of information suppression. The western fascist fear you being properly informed of how they operate. It was a video of Chris Hedges exposing exactly how our MSCM works within that agenda. A 10 minute discussion of him with Abby Martin here in regards to it. [soundcloud.com]

Of course Hedges is right, he always is. 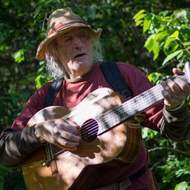