Why militarism is such a surefire winner for populists is an interesting question, to which the answer is probably an unpleasant reflection on human nature. Atavism and racism are the easiest way to political success, despite the demonstrably catastrophic consequences.

While Murray is concentrating on the UK here, the horrifying reality also places the same crimes on our hands here in the US.

{There are other costs, of course. Almost all the terrorism in the U.K. has been blowback terrorism from this destruction abroad. There have also been resultant refugee flows which have disturbed the political equilibrium of all of Europe. But remarkably neo-conservative politicians are able to fashion those consequences into arguments for us to invade and kill still more frequently abroad.}

While a good part of the above is true for us here in the US, I'll argue it a bit further. The consequences for us in the US has also been a rise in domestic terrorism and rise in fascism which have released them from a slumber now growing in groups into acts of violence and deaths. On some occasions mass murders that can be related to Ukraine/Obama/Biden, then the more recent protest in night violences.

{You also do not have to be a devotee of Isaac Asimov to understand that the pouring of billions of pounds of taxpayers’ money into the specific purpose of designing artificial intelligence to kill people is not necessarily a good long term goal.}

If this virus hasn't taught you this yet from my post here, let me attempt to spell it out for you again. From a capitalist view we were by no means properly prepared for the virus due to one main reason. It wasn't profitable to be prepared. Prepared would have been responsibly conducting viral test responses on the knowledge more from this strain were coming. Having the various medical equipment properly supplied and ready for use. Having the proper PPE available for staff and public. Having a coordinated plan of action statewide if not nationwide. I hope you at least learned from previous post how those measures were totally fucked up. Are still fucked up.

My point for the above is though. If they're dumping money into something, and they are here in the US also, and plenty of it at that, they have intent on using it to profit from it. !Taking lives is more important than saving lives! They may not use it on Russia or China, hopefully! But some of the countries we have tendencies to harass will become the testing killing grounds.

Britannia rules the waves or so it still thinks! 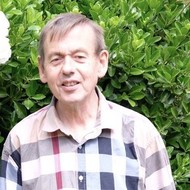 Well the current world power structure was started there after all. Our wall street is just another arm to your Little City of London. Just as Hong Kong is. But where does the Vatican place in the power structure? I have little doubt our so called founding fathers were nothing more than a crew designated to secure the new found land of resources.