{The purpose of the trial should have been to expose what Philip Roth would have called “The Plot Against America.” Such a trial would have been aimed at revealing the role of not only Trump, but his network of co-conspirators in the Republican Party and the state apparatus. It would have brought to light the political forces and social interests behind the coup plot, and it would have explained the aim of the operation itself: the nullification of the 2020 elections and the establishment of a presidential dictatorship.

What was most glaringly absent in the Democrats’ case was any reference to the conspiracy of which January 6 was the product. Trump’s plot was falsely presented as a conspiracy of one, excluding the 147 Republican members of Congress—including the majority of House Republicans—who joined him in attempting to overturn the outcome of the 2020 presidential election.}

The trial was seemingly so scripted from speaker to speaker I'm under the impression writers could have wrote it up weeks or months ahead of time. Basically it boils down to complicity within the democrats also. The entire core of DC representation should be impeached.

The fake republican opposition towards Trump in 2016 was exposed as the facade it was immediately after his win. I warned then it was as I seen Trump offered all the characteristics of both the republican party and tea party supporters. Only a fool didn't see this type of scenario playing out. My apologies to any politically conditioned tribalist reading this. But, it has to be said. Every last one of them are traitors to the American citizens.

And that goes right along with the democrats who supported Trump's cabinet picks who clearly had persona's that highly challenged their experience and those that were clearly a threat within conflicting views of intended purposes. Most of these people who also have a history of supporting the very like of those in DC on Jan 6th. There is no realistic sense of innocence anywhere, especially in DC, to be found within the last 4 years of history leading to that day within its nature. The criminals list is vast and wide within aiding and abetting the crime. A number of us here in this group long ago held various conjectures to scenarios of this type playing out. Quite frankly, many of those variations have played out over the 4 years.

{The Democrats’ grotesque praise for the reactionary Pence, who played a central role in supporting Trump up to the moment of January 6, is in line with the entire political strategy of the Biden administration. In the more than five weeks since January 6, Biden’s central preoccupation has been to prevent the coup attempt from causing any lasting damage to the Republican Party.}

The false sense of genuine governance must be kept alive for the tribalist stuck in their delusional reality.

{No Democrat has sought or even raised the prospect of calling as witnesses leading members of the fascistic groups who helped organize the January 6 events, Republican Party officials who promoted them, or the sections of the military and police apparatus that are in open sympathy with the fascists.}

Much from what I heard were those who believed they were answering the call of Trump. And were disappointed when they realized he abandoned them as he left the stage. The fools actually believed Trump was marching with them. Also lost is the depth within the law enforcement structure this testimony could have brought out. Have no doubt about it, they don't want that knowledge out there. They want it right where it is and have no intentions of revealing it.

{The main lesson that emerges from the second impeachment trial of Donald Trump is what the World Socialist Web Site concluded from the Democrats’ refusal to oppose the theft of the 2000 election: There exists no significant constituency for democratic rights within the ruling class. This is even truer today than it was two decades ago.

The defense of democratic rights and opposition to fascism is inseparable from the development of a movement of the working class against capitalism. As Rosa Luxemburg insisted, there can be no socialism without democracy, and there can be no democracy without socialism.}

Thanks to a totally corrupt system, Trump manages to live another day. Got popcorn? This horror show isn't over yet.

It is not over yet. The republicans reportedly threatened to filibuster everything if the Dems called witnesses. If so we traded drugs (vaccine) for freedom. More Trump to follow. 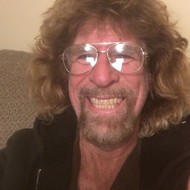