The US is a de facto one-party state where the ideology of national security is sacrosanct, unsustainable debt props up the empire and the primary business is war.

No one plays the game better than the Democratic Party. The Democrats, as journalist and co-founder of Black Agenda Report Glen Ford said, are not the lesser evil, they are the more effective evil.

{The result is that US businesses are deeper in debt than at any time in US history.}

Free market----is when your business structures produce profits from merely having the government they own print free money for them.

{This inflation has forced the Fed to curtail the growth of the money supply and raise interest rates, which then pushes corporations to further raise prices. The desperate measures to stave off an economic crisis are self-defeating. The bag of tricks is empty. Massive defaults on mortgages, student loans, credit cards, household debt, car debt and other loans in the United States is probably inevitable. With no short-term mechanisms left to paper over the disaster, it will usher in a prolonged depression.}

Once again, as each aspect plays out more of the middle class diminishes, pushed towards the silencing that poverty exploits. Left to face the militarism policing we lose more voices.

{The US domination of the world economy, after 75 years, is over. It is not coming back. We manufacture little, short of weapons. Our economy is a mirage build on unsustainable levels of debt. The pillage orchestrated by the capitalist elites and corporations has hollowed the country out from the inside, leaving the infrastructure decayed, democratic institutions moribund and at least half the population struggling at subsistence level. The two ruling parties, puppets for the ruling oligarchs, refuse to curb the rapacious appetites of the war industry and the rich, accelerating the crisis. That the rage of the dispossessed is legitimate, even if it is expressed in inappropriate ways, is never acknowledged by the Democrats, who were instrumental in pushing through the trade deals, deindustrialization, tax loopholes for the rich, deficit spending, endless wars and austerity programs that have created crisis. Instead, shooting the messenger, the Biden administration is targeting Trump supporters and winning draconian sentences for those who stormed the capital on January 6. Biden’s Justice Department has formed a domestic terrorism unit to focus on extremists and Democrats have been behind a series of moves to de-platform and censor their right-wing critics.

We live in a one-party state. The ideology of national security is sacrosanct. The cult of secrecy, justified in the name of protecting us from our enemies, is a smoke screen to hide from the public the inner workings of power and manipulate public perceptions. The Democratic courtiers and advisers that surround any Democratic presidential candidate – the retired generals and diplomats, the former national security advisers, the Wall Street economists, the lobbyists, and the apparatchiks from past administrations – do not want to curb the power of the imperial presidency. They do not want to restore the system of checks and balances. They do not want to challenge the military or the national security state. They are the system. They want to move back into the White House to wield its awful force. And now, with Joe Biden, that is where they are.}

War is our export. Stealing resources is our export. Geopolitical positioning is our export. It's been happening for a long time. Since AT LEAST the 50s when they messed with regime change in Iran. When those are your only exports in a world with dwindling finite resources, I guess they don't care when another country overtakes the economy. They figure that conflict is inevitable and they have a head start on it, and it's the only way to stay on top. You start the machine and it can't be stopped. I think it was "Nixon's administration" that started the slow dismantling of manufacturing in the U.S. to favor the system we have now. There's no going back now. Like the asshole Colin Powell said, "You break it, you own it."

Whatever progress humans made up to that time will be a thing of the past. This is a side point, but I truly believe there could have been a human civilization before ours, even numerous ones from millions and millions of years back, that destroyed themselves and all traces of their existence because of war. We might not even be the most advanced iteration of our species. This is speculation, but there are actual scientists searching for evidence of this.

It also leads me to believe that "The Great Filter" (in the context of the Fermi Paradox) can be a very accurate depiction of why it seems there is no other intelligent life that we can find in the universe yet. They all destroy each other before they can technologically advance to the next level of space travel etc. No matter how far the technology goes, we still have the same intellectual barriers that keep us from progressing far enough to make it past the point of destruction as a species. Maybe if there is other intelligent life out there, they don't contact us because they KNOW we haven't gotten past that point in our mental evolution yet. How can a species get past that point is what I'd really like to know? It seems like a catch 22.

I personally have a belief in the ancient astronaut theory. I follow that show religiously. The circumstantial evidence they provide is overwhelmingly acceptable. Outside the US other nations are widely more acceptable in recognizing the potential of the theory being a reality. Some government officials abroad having admitted their existence and have claimed there's already been contact with them. The Bob Lazar story which has played out since the late 80's to now being a reality of late provides a clear indication. There's simply to many ancient society indications of having help from the stars to dismiss.

The only question IMO are why they, like our representation, allow the inhuman acts on this planet continue. For the sake of humanity, can we move past the prime directive now! This isn't Star Trek god dammit. 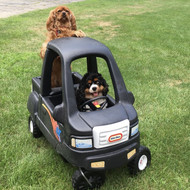 You're closely attempting me to put you behind WayneDalton in the same line he's in. I can see why you seemingly fit the narrative you state people are placing on you. To achieve the process of others to critically consider another opinion, you have to produce a substantial opinion for them to consider. Preferably from the information provided, in this regard, with direction towards how you managed to conclude your opinion. Otherwise, like WayneDalton below, we can't understand you. Making your comment senseless rhetoric. Often deserving the title troll from those like myself, and group owners as such, who are actually attempting to communicate civilly.

@William_Mary You started the post with your conclusion. I don’t see any supporting evidence in the rest of your argument. The emotional display is scary! The adjectives used are demonizing. Maybe you should dumb it down for me and highlight the facts. I suggest not using generalize words like “they” or “ the democrats”. Being specific helps convey your argument. Maybe give an an example of a specific policy or action that demonstrates you claims, being as specific as possible.

@Garban On this particular post I didn't use either of those words in any of the little conjecture I provided. Leaving me to believe you're mistaking my conjectures compared to the highlights I found important within the article which I copy and paste to induce interest. Which now leads me to believe you lack the most important aspect of my agenda here to make it useful, reading the article to produce your own critical thought process. A condition I warn about here that also leads to others drawing negative remarks from speaking out of place on social medias.

If you had read the article you would have found all the misplaced remedies of your questioning you seek from me once you read my opening. Chris Hedges article addresses much of such. Which would have provided a clearer address towards me if you had further insights to ponder over. Not to mention, history should be a major provider of some inclination towards your comments if you have a free thinking manor.

I'll also be posting a video discussion of Hedges with another of my favorite sources used here within the groups agenda, Richard Wolff, in which that discussion is related to this article after I get back home from an appointment. Professor Wolff, an economic professor, adds his thoughts of the economic side which is based off this article.

Garban, please use the opening to the group and the 3 top pinned pages for your and the groups benefit to reduce any further unnecessary.....I'm highly attempting to avoid the usual social media rhetoric here for genuine attempts to understand the conditions we face as a society. Bringing that in doesn't help, it only continues the division.

Really? Living on the land of denial,aren't you? 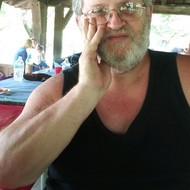 Denial? You got to explain yourself for others to understand you or your comments man. geesh...Pick something of substance to debate with me. You make yourself look like an ass hat otherwise.

Posted by LufahyuMedia Sources; people from all walks and ideologies peruse a variety of source material available on the Internet, some more reliable than others.