Ok, I admit to being a spelling and diction Nazi.
I try mightily to "Speak The King's English" and spell correctly any word I write. I find myself judging folks based on this. I try not to, but there it is.
Am I alone in this? 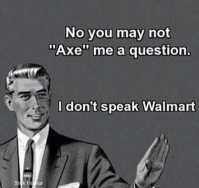 English is a constantly changing language, what maybe an error now, down the road will be acceptable.

I'm bracing myself for seeing 'loosing' as an acceptable alternate spelling of "losing" in the next Webster''s printing.

@bigpawbullets or loozing, even? Loo sing is what I do when I'm feeling a bit shitty.

@Petter
That's good. I must remember that one.

@bigpawbullets No loosing will be what you do to your clothes when you ate a big meal.

What is wrong with not being lazy and saying "could have" Would have"?

@Petter it’s not laziness, a contraction is perfectly acceptable. I chose to us contractions there because it’s directly relatable to ‘of’ when it’s said/heard. People hear ‘could’ve’ and think it’s ‘could of’ so that’s what they use.

@Petter I love typing out the contractions of those words. I'm a little comma man

although I don't bother putting in the one after the last letter.

@Skyfacer @Cassiopeia I use them frequently, but when replying to a post, especially on Facebook, that has used "of" I deliberately phrase my reply to use "have" in the vain hope that the perpetrator of "of" will in future use correct English. I'm an eternal optimist

I’d like to consider myself the Oskar Schindler of grammar nazis. I’ll notice but I’ll try not to point you out to my superiors. People make fun of the way Appalachian hillfolk talk all the time and I admit I judge the intelligence of hillbillies too but the truth is it’s the oldest dialect of English still spoken and Shakespearean scholars study it to better understand how the language was spoken in his day. Some people speak behind the current standard and some people speak ahead of it. But yeah when people (for the sake of fuck it took 12 times before autocorrect would accept people as a word) are obviously mixing up every homophone in the book and using eggcorns (soundalike expressions that have a certain logic to them but are still wrong) I do esteem their intelligence less.

There‘s no such thing as ‘The King’s English’ at the moment; currently it’s The Queen’s English

Well, while I stand corrected, it was originally, The Kings.

It's certainly a queer language

It depends on who is on the throne, so it has been The Queen’s English since 1952. When Charles (or William) takes the throne it will once again be The King’s English.

No, you are spot-on correct. The decline in language quality is sad, though not unexpected.

Well while I can be quite articulate - years at umass and Bentley in legal studies and writing - ah do spell how's I talk often'off an don give much a shheeeeit hwut anybody thinks.
So.
So !

Whoa... I made need a translator for that.

No way, mate. You're in great company. The finest around, in fact. (You do realise that that's only my opinion, do you not?)

You aren't alone as far as I'm concerned. I was an English major. It still bothers me that a lot of sites stick in extra punctuation when I try to enter two spaces after a colon or a full stop!

You heard it here first folks! Bigpawbullets is a Nazi! ?

Thank goodness for that. I thought he was far worse.

"Axe" is one thing, and yes this is funny to me, but having a dyslexic-ish kid & having my grammar/spelling altered, damaged by reading the internet has softened me a GREAT deal.
There are otherwise fantastically intelligent people for example whom I've seen get things like effect/affect mixed up.

I really like good English. I would read Joseph Conrad books even if they had no story. I'm Irish so I'm raised on lots of travesties of the English language. Many of them are very funny. I think it mostly has to do with lower income people getting a very bad education. I read enough to know how language aspires to express complex ideas and inspires through communication. I think it's criminal that poor people can be robbed of a share in this level of consciousness. Using 'axe' instead of 'ask' sounds bad but not being able to 'axe' the right questions is worse.

Unfortunately , even when children go to the same schools , they still have different levels of their use of the English language . When your parents teach you their version of grammar for your first 5 years , you continue speaking in that manner , even if taught better later on , in your classroom . That is why they refer to , "grammar Nazis ." It isn't that they weren't taught better . It's that they choose to remain at the lower level of education .

you see a lot of phonetic kinds of errors across the board. sometimes it surprises me

I try my best to spell words correctly, but if I get any wrong oh well. Sometimes people could be in a rush typing, which could explain some of the mistakes in spelling etc.

We gave up the King a couple of centuries ago. We are a nation of immigrants with different dialects and accents. Let it go man. ☺

@Hebert54 lol, Unfortunately so do we. ☺

I’m much the same. ‘Pedantic’, I’ve been called. Oh well, I’ve certainly been accused of worse!

Take it as a semi-complement.

@bigpawbullets Full complements are even better?

Not really, but you must take in typing errors. If you proof read everything you have written, it will take hours to get your posting done !

I proof read everything I type and I still sometimes miss things.

@Skyfacer
For sure , and it takes longer to post ! 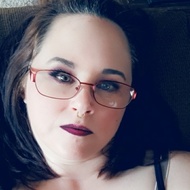 ‘Ask’ or ‘Ahks/Ax/Axe’. Well correct current usage is, of course, ‘ask’. However, it’s not that long ago that either was perfectly acceptable.

African Americans and Caribbeans picked ‘ahks’ up from their slvemasters, most of whom were Irish/English/Scots/Welsh, or descended from those nationalities. The use of ‘ahks’ was common throughout Great Britain and throughout the then colonies. Very common indeed. More common in fact than ‘ask’ which tended to be an urban usage at a tme when most of the population was rural.

The current usage ‘ask’ was only standardised as being correct in the 19th century, and the only version used in education from then on, on both sides of the Atlantic. Indeed, it may have been standardised in the USA before that happened in Britain. Up until then, the words were interchangeable and equally acceptable.

Unfortunately, the African heritage population was largely excluded from formal education, so that ‘ahks’ carried on as standard usage amongst them. And it is still commonly heard in parts of rural Ireland, England, and Scotland within populations that are not at all African, and in poorer ‘white’ areas of the USA, particularly in the south.

This usage, along with other words and figures of speech, has become incorporated into the dialect and accents of these populations. It is fair to say that amongst African Americans, there is not much usage, dialect, or accent difference between them, wherever in the USA they hail from. That is not the case with white Americans, whose speech patterns vary widely.

My point here is not however just about usage regarding one innocuous word. ALL local and national patterns of speech are dialects, and all are equally legitimate. In fact, the local forms have more legitimacy. British ‘Received Pronunciation’ and ‘American Standard English’ are imposed dialects, that grew and developed initially from local ones that varied widely, and wildly.

It’s not too long ago, about a century, that a person from Cornwall would have found the speech of a person from Newcastle upon Tyne utterly incomprehensible, and vice versa, albeit recognisably the same language. But as they would probably never meet, it didn’t matter.

It was little more than the toss of a coin that resulted in us using any of the words deemed ‘correct’ rather than the alternatives. Ask any linguist or language historian. They will tell you that as long as one person knows what the other means, that’s all that matters. And if they can’t, all they have to do is ahks. 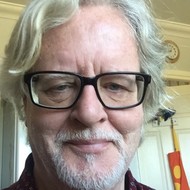 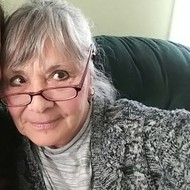 You can include a link to this post in your posts and comments by including the text q:102143
Agnostic does not evaluate or guarantee the accuracy of any content. Read full disclaimer.