I suppose I am an agnostic. I believe that religion has clearly been invented by humanity becuase of our fear of the unknown. meaning what happens when we die. Probably nothing. We cease to be. If that is the case, how can you fear nothing? There is even now, rational and plausible theories by esteemed scholars that suggests, christainity was instigated by the Romans themselves. Easier to control an Empire if everybody adheres to the same doctrine. Anyway as I say I am an agnostic, because in light of all I say above, I and nobody else actually knows what happens to our conscious when we die. Do we have a soul? Does such a concept exist? Who knows. What I do know, is it is complete mumbo-jumbo to believe in an all - knowing intervening deity that made this. This! A world of injustice, cruelty, suffering. poverty and inequality. Where the rich are rewarded, we have wars, hunger and little children suffer. A good deity done that? Please! It is complete nonsense. No. Religion is nonsense. But when we die who knows. maybe we are part of nature. We are electrical singles and carbon. maybe we just connect again through nature with other living things. who knows. Anyway that is some opening thoughts.

Hi, I'm a proud Atheist. Religion is for the weak-minded, poor, and u educated. 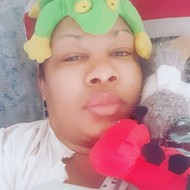 your energy goes on into plants etc that get eaten so yes you do carry on but just not as you. it was never upsetting before you were born so why would it be after your gone?

Hey, thanks, for thinking and believing exactly as I do.

Well written and I totally agree.

Good reasoning Welcome to a true community of Freethinkers. If god is supposed to be loving why is he so cruel and judgemental? I was taught god was punishment and I hated god. Now I see my dysfunctional family used the concept to control me.

Sounds like you are atheist, not agnostic. Not knowing what happens after death is one, but not all, the claims of theism. For example, it may be that gods exist and when you die you are deemed "unworthy" and cease to be while other "worthies" go on believing.

If you were agnostic, on the other hand, you wouldn't believe or disbelieve that religion was invented by humans: you would be "on the fence" as it were until such time it can be proved either way.

I can't apply that label to you, of course. That is something for you to determine. But an agnostic would not claim that religion, as a concept, was invented nor that gods don't exist. Further, an atheist is perfectly comfortable with not knowing what happens in the afterlife...t here may be something, they would say, but whatever it is is not related to gods if that makes sense.

You can include a link to this post in your posts and comments by including the text q:15109
Agnostic does not evaluate or guarantee the accuracy of any content. Read full disclaimer.