Some have no beliefs of their own and latch on to these as a way of feeling important.

Typical Left sourced, Right targeted propaganda of which the general public is weary to the point of nausea lately. Trump and the Russians? The Koch Brothers? The capitalist corporations controlling and colluding with congress? do you think the political Right is the only place where conspiracy 'theories' are born?

Oh YES! I seemed to have forgotten that conspiracy theories or FRAME-UPS originating by the Left are to be taken as presented.. Only the spin merchants in the slavish press have enough insight to 'SEE' the real conspiracies. All others are merely theories.

We are by nature, creatures given to conspire with one another. It is especially so when we perceive ourselves to be at a disadvantage. Conspiracy 'theories' means conspiracy possibility postulated, more accurately. Who postulates these suspicious conditions? The first among us are actually people who suffer from paranoia. There are ample representations of these nuts on both political polls and everywhere between. They are no better represented on the Right than the Left. Just because paranoiacs are usually first to detect conspiracies doesn't mean they are always wrong; more often they are correct because of an unnatural sensitivity as a by-product of their damaged state.

Since the damaged and botched are in even greater numbers (per capita) on the Left, I expect their theories to be more extreme and unhinged by simple math and the observation of their collective behaviors. Yeah, there might be some valid suspicions among them but the insanity runs a lot deeper.

Our system resulted in Trump vanquishing his opposition. He was chosen for the job. I'm not fond of him either and despise some of his foreign policy positions. But, sorry to say I grew up in an age when adults actually grew up. Consider it. 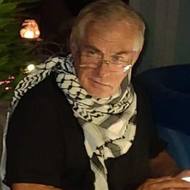 I agree conspiracy's and conspiracy theories aren't the exclusive domain or any one political ideology. But these days when it comes to bending and embellishing facts to fit ones narrative the right seems to be much more visible in that area. And that practically everything Donald Trump says is a bit of an exaggeration, embellishment or a flat out un-truth, he's always trying to make the sell. At least that's how I see it.......

@Dhiltong I understand how and why you see it that way but don't agree.

@Silver1wun I think political leanings can influence how one see's things.....

@Dhiltong We fully agree on that understatement.?

I think we are very weak as one person in society as a whole and that can give rise to a sense of victimhood but we can be as strong as we like in our interactions and attitudes with the world.

I always thought that conspiracy theories are something quite recent - fake news spreading on the internet, but a few weeks ago I read a good book on conspiracy theories where the author shows that they are a 'child' of the Enlightenment, and that during the 19th century, many more people believed in them than today, even among the educated. Abe Lincoln believed in a conspiracy theory, and many Protestants believed that mass-immigration from Catholic countries like Italy or Poland or Ireland was a conspiracy by the Vatican to weaken the Protestant culture of the USA...

You can include a link to this post in your posts and comments by including the text q:155922
Agnostic does not evaluate or guarantee the accuracy of any content. Read full disclaimer.