“The solution here is not to replace markets, but to fix them.

The Affordable Drug Manufacturing Act will introduce more competition into the prescription drug market, and bring down prices for consumers.”

Introduced in the Senate on Tuesday, the Affordable Drug Manufacturing Act is an “ambitious proposal” to lower drug prices by increasing competition in the generic drug market. This would be done by “establishing an Office of Drug Manufacturing within the Department of Health and Human Services (HHS) tasked with manufacturing select generic drugs and offering them to consumers at a fair price that guarantees affordable patient access,” according to Warren’s website.

Schakowsky introduced a companion bill in the House.

“In market after market, competition is dying as a handful of giant companies spend millions to rig the rules, insulate themselves from accountability, and line their pockets at the expense of American families,” Warren said. “The solution here is not to replace markets, but to fix them. The Affordable Drug Manufacturing Act will introduce more competition into the prescription drug market, and bring down prices for consumers.”

“Nearly 25 percent of Americans have skipped a dose of their medication or not filled a prescription due to the prohibitive cost,” Schakowsky said. “This includes 50 percent of medications for chronic disease that are not taken as prescribed. This lack of adherence is estimated to have caused approximately 125,000 deaths, and we know the names of some people who have died. Meanwhile, pharmaceutical corporations have spiked prices, stifled competition, and thickened their own wallets.”

According to Warren’s website, the Affordable Drug Manufacturing Act would:

Lower prices, increase competition, and address shortages in the market for prescription drugs through a newly established Office of Drug Manufacturing within HHS;
Authorize the Office to manufacture generic drugs under these key conditions, where competition is lacking:
No company is manufacturing the drug;
Only one or two companies produce the drug, and the price has spiked or the drug is in shortage;
Only one or two companies produce the drug, the price is a barrier to patient access, and the drug is listed as an “essential medicine” by the World Health Organization;
Further authorize the Office to manufacture any drug that has been compulsorily licensed by the federal government;
Require the Office to begin production of generic insulin within one year of enactment;
Allow the Office to sell publicly-produced drugs at a fair price that covers manufacturing costs while taking into account the impact of price on patient access;
Improve the ability of new companies to enter the generic drug market by authorizing the public manufacturing of active pharmaceutical ingredients;
Jump-start competition by directing the Office to offer to sell its manufacturing rights to any company that commits to keeping the product on the market at a fair price;
Reserve any revenue generated from the sale of publicly-manufactured drugs for the use of the Office, making the office self-sustaining.
A price fixing on hundreds of generic drugs is the major cause of increased prescription drug costs in America and, while there are currently forty-seven states and the Department of Justice investigating the crisis, Warren is also calling on the “Senate to investigate alleged price fixing among companies.” 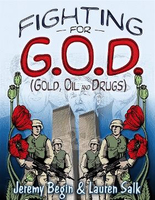 I hope it works, too many people can't afford to live.

You can include a link to this post in your posts and comments by including the text q:253230
Agnostic does not evaluate or guarantee the accuracy of any content. Read full disclaimer.