Liberals and feminists who stand against Christianity (a great thing to do) REALLY need to stop defending Islam. BOTH religions are disgusting patriarchal systems of control. Stop bashing one while praising the other. The glamorization of the hijab is the best example. You wouldn’t fetishize the chastity belt. So stop glamorizing the oppression of Muslim women by pretending it’s a “choice” for them. Abortion is a choice. Modesty is not. Just ask the women in Iran. I’m certain that a few regressive leftists will be upset with this post, but I don’t care. I don’t want to live in a Christian dominionist society, nor do I want to live in a Sharia-dominated society. The truly rational are against all religions, especially these two due to how much power and influence they wield.

One can be against the persecution of a people without supporting their religious beliefs. That is just being a decent human being.

One can support Islam without supporting oppressive Muslim countries. And who are these liberals and feminists? Got a few names?

Not sure why you focused on Iran. Sharia law is practiced in more than ten countries including Saudi Arabia and trump is OK with it. One of my best friends is Iranian, a moderate Muslim. She knows I’m an atheist and we never discuss religion. Religion in all forms is poison. The Jewish of Israel, the American Christians, Catholics and tons of others.

View All
5
SeaGreenEyez
Level 8
Liberals and feminists who stand against Christianity (a great thing to do) REALLY need to stop defending Islam.
How do you know who's a feminist or isn't and where are all these feminists that rattled your cage?
The glamorization of the hijab is the best example. You wouldn’t fetishize the chastity belt.
Again, how do you know this? There are entire communities in America that indeed do dig chastity belts (fetishists & non.) It's a big wonderful world out there.
So stop glamorizing the oppression of Muslim women by pretending it’s a “choice” for them. Abortion is a choice. Modesty is not. Just ask the women in Iran. I’m certain that a few regressive leftists will be upset with this post, but I don’t care.
You're pretty much singing to the choir here. I've not seen anyone on this site too up in arms about anything.
I don’t want to live in a Christian dominionist society, nor do I want to live in a Sharia-dominated society. The truly rational are against all religions, especially these two due to how much power and influence they wield.
The good news? If you're in America, you're never going to have to worry about Sharia Law. The bad news if you're in America? Welcome to Christian Sharia. It's alive and well and thriving. If you're wanting to live in a Country sans religion, China. China's as religion free as it gets.

*Footnote: Islam will be the world's largest organized religion sometime near 2050. If that is a problem for you, you might wish to make other arrangements. I dunno, maybe space travel will be available by then. Just a thought. ?

You’re saying that like it’s a good thing that Islam will be the world’s largest religion by then. I will be or jailed murdered for criticizing it. Hope you’re OK with that. They execute atheists in 12 Muslim-majority countries. Anyone who thinks of that as a religion of peace is sick and delusional.

@TheDarkNolanite You're not living in a Sharia Law country are you?

The fifteen (15) countries that implement this form of Sharia law include: Afghanistan, Egypt, Iran, Iraq, certain regions in Indonesia, the Maldives, Malaysia, Mauritania, Nigeria, Pakistan, Qatar, Saudi Arabia, Sudan, United Arab Emirates, and Yemen.
If not? You'll not need worry about going to jail for criticism of Islam. And given that there are as many Christian extremists/terrorists as Muslim extremists, maybe you're worried about the wrong extremists.

In fact, I'm perfectly accepting of religion in the world, because if I weren't, I'd have one godawful time living on American soil. The theocracy that is America, is far more concerning to me, than Islam & the sliver of extremists that identify as Muslim. You're much more likely to be murdered by USA homegrown terrorists than a Muslim, whether extremist or not.

@SeaGreenEyez I AM worried about how America is becoming a Christian theocracy. I voted for Hillary and I hope Trump gets cancer. But I’m also concerned about the Ilhan Omars of the Democratic Party. That woman once voted AGAINST a bill which would make FGM a felony in Minnesota. Islamists love to infiltrate the Left and exploit liberal tolerance in order to push conservative Islamic values on society.

@TheDarkNolanite I get what your saying, however, I'm wondering who all these Islamist are and where they're infiltrating the Democratic party. Considering there are a whole 2 Muslims in Congress, 0 in the Senate. Prior to 2018, there have been 2 Muslims in Congress. (For the record, there are 3.2 million Muslims in America. There are less than 300 Muslim elected officials in America. I'm pretty sure no ones infiltrating anything, given 65% are Republican.)

@SeaGreenEyez Ex-Muslims and reform Muslims are always warning us about CAIR having an Islamist agenda, and CAIR is in bed with the Dems.

@TheDarkNolanite Do you realize what you just typed? You're taking cautions from ex-Muslims. CAIR being in bed with Democrats is not nearly as concerning as the NRA being in bed with Republicans. The point? You're taking to heart disgruntled Muslims, and believing what they say. There is no Muslim crisis in America. Unless you're a Christian, then everything not Christian is a crisis. (You're more likely to be murdered by a Caucasian homegrown terrorists than a Muslim in America, now that's troublesome.)

@SeaGreenEyez Who are you to dismiss people who risk their lives by criticizing their former religion?

@SeaGreenEyez Well they’re the only ones who speak the truth about Islam. Dismiss them at your peril.

Islam is currently being villainized due to the attack on 9/11. Understandably so, however, when I hear people say that all people who follow Islam are evil, the very idea makes me cringe. If every person who followed Islam were trying to kill non followers, we would be in a world of shit. The violent ones are the exception to the rule. Let's not forget, we have Christians that commit acts of violence in the name of religion.

@mzbehavin Thank you for reaffirming that. I usually catch hell from people when I mention it.

@mzbehavin , Indeed. John Cleese just put it recently that people who do not understand or fear other cultures are people that have never been anywhere. He hit the nail on the head with that one.

@mzbehavin I’ve traveled a lot too, including Muslim countries. Went to Greece during 2011, demonstrations all over the place. And more.
Each time, I had family/friends trying to convince me not to go because only Murica is safe?. I have family who’ve only been as far from here as Myrtle Beach. I’ve found folks who don’t travel, or at least try to learn about other cultures and ways of life, to be xenophobic and fearful.
There are many ways to live. Some better than here!

@mzbehavin , that's the beauty of living in the U.S. You don't need to travel far to meet people of other cultures. they come to you. Currently, my neighbors are direct from Lithuania, Poland, India, Yemen and Mexico. The ones that moved out were from Greece, Ireland and Germany. There is a lot of diversity living in Chicago land.

@CarolinaGirl60 , I love Myrtle Beach but I'm actually concerned about going back because of the crime rate. It's worse than Chicago and that is a damned shame!

@chucklesIII I don’t go often anymore myself. In my childhood, my family had a cottage a few houses from the beach in Windy Hill, now part of North Myrtle Beach. It’s all changed so much! I live near Charlotte, murder isn’t as high. More property crimes.

We are in a world of shit.

think you're in the wrong room... 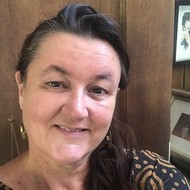 Calm down sparky. See anyone defending Islam around here?

I’ve run into quite a few.

@TheDarkNolanite I don’t defend Islam, but I detest Islamophobia. Or any other form of bigotry/hate. There are good, bad, and indifferent Muslims. Same with all other people, all over the world.
I’d rather have Muslims for neighbors, than say, right wingnuts.

@CarolinaGirl60 Islamophobia is just a word to guilt trip westerners into accepting Islamic blasphemy laws. Islam can and should be criticized just like any other ideology.

Oh bullshit. I would guess it applies to you, ATM.

@TheDarkNolanite No. it’s a word to describe blind hatred of an entire group of people. Like homophobia. Hatred/fear of gay people.
Though I agree with Morgan Freeman: they aren’t afraid, they’re just assholes.
I can separate that bigotry is a bad thing, from the fact that religion is not good either. AND that not all religious people are ‘bad’.
I think you’re blinded by your bias. You cannot accept that others have the right to believe, just as you have the right not to. You trying to destroy their belief, is equally as wrong as a religious trying to convert you.
I accept that I’m not the boss of this world. I never have believed, and I don’t need to. Not for morals nor comforting delusions. I accept that some folks DO need it. Long as they leave me alone, which I have no problem expressing, I’m good.

@CarolinaGirl60 Well when those beliefs threaten our right to criticize them, it’s a problem. People get killed for “blasphemy” in Islamic countries. That’s why it’s necessary to criticize Islam.

@TheDarkNolanite How so? You ARE criticizing them. Has your right to do so been infringed?
We have to live under our laws. They must live under theirs. Demonizing an entire religion and its people is not helpful imho, it’s just hatred. But yell and be mad, it’s your energy to expend! I can’t stop you, wouldn’t. I just disagree.

@CarolinaGirl60 “They must live under theirs.”

And that’s the problem. You’re refusing to criticize a sick ideology which executes atheists in a dozen countries.

@CarolinaGirl60 Sharia law has NO place in the 21st Century, and you’re basically saying it does by saying “They must live under theirs.”

@CarolinaGirl60. Give it up. DarkNolanite is as hellbent on assuming he's right as the most fundamental Islamist. He can't see the forests for the trees. His Islamophobia is as complete as a radical muslims hate of Christians or Americans. I do not defend Islam, but I do not support blind hate as well.

@t1nick It’s OK to hate ideologies which enslave women and murder infidels. By the way, I also fucking despise Christianity. Are you calling me a bigot for that? I don’t think so. There is no such thing as “Islamophobia.” THAT word is how Islamic blasphemy laws will come to the West.

Liberals Who Don't Hate Each Other
120 members
Snowflakes
64 members

You can include a link to this post in your posts and comments by including the text q:329120
Agnostic does not evaluate or guarantee the accuracy of any content. Read full disclaimer.