Christian Missionary Killed By an Isolated Tribe.The same thing happens in Alaska with Timothy Treadwell [google.com] and Chris McCandless [google.com] and I am sure in other places where Delusional beliefs replace rational skepticism... and it is not restricted to religious fanatics. [friendlyatheist.patheos.com] 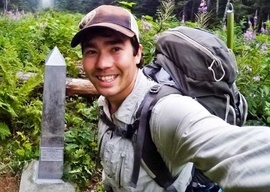 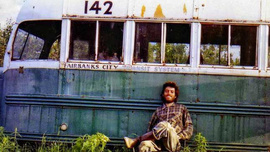 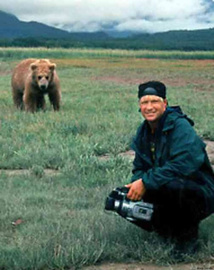 When is invading an inhabited space any different to home invasion. I am sure many of the individuals who are horrified would have raised their rifle to the maniac bursting through their front door. Seems the same deal to me!

I don't understand how Chris McCandless starving to death and Timothy Treadwell being eaten by a bear equates to a religious zealot being cannibalize by a tribe he shouldn't have been bothering.

They were all Delusional personality disorders bordering on mental illness... apples to apples. Very similar to Antivaxers that let there children die - very preventable tragedies due to illogical beliefs.

Don't get your point. Chau was killed when trying to reach a primitive tribe on an island where visitors were banned but Treadwell was killed by a bear and was probably just unlucky or maybe complacent. I read the story of McCandless some time ago and he died after eating poisonous plants. He tried to get back to civilisation but could not cross a river barring his way. Neither died because of delusional beliefs.

They were all delusional and I think had some form of Messianic Complex. Chau certainly did. Treadwell was an egotistical con man out for his 15 mins of fame and used coercion to get his girlfriend to go along assuring her he was a Bear Whisperer and would protect her. He bilked lonely widows to finance his expeditions. He was not a biologist ask any real bear expert and they all agree he was an idiot and a train wreck waiting to happen. The result was inevitable. McCandless was like many "Danial Boone" wannabe's that just got in over their heads with no real preparation or skills. That happens a lot up here. His depression just accelerated his willingness to give up... they all had personality disorders bordering on mental illness. Some people choose to romanticize their efforts.

@FrostyJim I don't know anything about Treadwell but Chau certainly was delusional. I felt sorry for McCandless. He certainly had mental problems and I agree there was nothing very romantic about the way he ended up.

Sad but a risk they take

I think there has to be a distinction made here between the deaths of Treadwell and McCandless and that of Chau. Chau was definitely in the grip of religious delusion and was a on a personal crusade to convert “savages”, and his arrogance and persistence in face of warnings not to try to land on these Islands in the Andaman Sea, because the Sentinelese natives did not want any outsiders on their island, caused his own death. The Indian government has made it very clear to all those navigating in this area not to approach these islands. How supremely arrogant for John Chau to think his god was going to protect him from harm and that these people needed to be converted! I have no sympathy at all for him, but the other two are quite tragic, especially Chris McCandless who seemed to turn increasingly into a loner and probably had mental health problems, not looking after his own welfare and nourishment indicates this. Timothy Treadwell loved and enjoyed studying the bears and I’m sure he knew the risks involved, so in a way ...just like any other high risk occupation, he took a calculated risk to do something he wanted to do. Unfortunate that his girlfriend also lost her life, but I’m sure she was there with him of her own free will, so a double tragedy.

A side note that might interest you - Richard Thompson did the music for the movie about Treadwell.

@Haemish1 thanks for that additional information..haven’t seen film and am not familiar with the music.

They all had personality disorders and I just choose not to romanticize their delusions. They were all avoidable tragedies.

Delusional is a good word. Maybe some denial.

You can include a link to this post in your posts and comments by including the text q:382013
Agnostic does not evaluate or guarantee the accuracy of any content. Read full disclaimer.