Just a few funny stories I thought I'd share about my 12 year old. For a little backstory, for as long as he has been alive, he was raised in an atheist and anti-theist household. I never forced or pushed, but if he had questions, I answered honestly and objectively (and I will always do so). So, he has always been encouraged to be honest, inquisitive, and objective.

Well, when he was 3, he very pleasantly yet matter-of-factly told my extremely religious grandmother that she, "talks about her Jesus too much." He had never heard me say that, lol. And she was harping on and on and on about it...

When he was about 5, he attended a Christmas party with my parents and their foster kids (the agencies hold one for the foster kids each year). When the adults got to talking about Santa to the kids, when they got to him he--again pleasantly and matter-of-factly--told them, "Santa isn't real. My mommy buys my presents." Now, I did tell him that Santa was a myth people told around Xmas to get kids to behave, and I didn't tell him that I buy his presents.... but I didn't expect that to happen, lol.

Now, at almost 13, he grumbles that "adults are stupid enough to believe in myths." 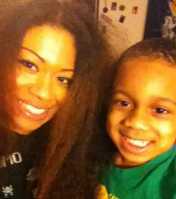 My 92 yr-old Mom is crying at me about my kids' religious beliefs, prayer, etc.

My 13 yr old and I had a conversation about his lack of belief last week. He simply cannot rationalize it. I suppose at this point a christian parent would have a stockpile of answers to give him ......

My mother finally got past that point, but I can imagine it will resurface once her and my son begin talking about beliefs and such... For the most part, she has gotten a lot better about it (which I appreciate).

I feel badly for your mother, because she thinks she is doing the right thing. <3 It's the same reason I am sympathetic with my mom.

@RaeBxtchens Thx. for your sympathy. I, OTOH, try to watch my words with my Mom. She's had a pretty un happy life. No sense in piling on. But I must always draw the line...in our family that means change the subject! (pretty dishonest, I know!)

She doesn't have much to base her beliefs on (if U ask me). Her un happiness stems from her playing victim.....there is never a realistic or positive solution in sight, it seems. Just a piling on of problems.....that God will sort out for everybody after we die. Do I want my kids to inherit this behavior? Also her personality changes from "WHY ME?" to being being pissed off and self righteous "PRAY!!!"....have just turned me away

I honestly can't even picture my Mom being happy in heaven and having eternal life.

LOL! I love the comment to his grandmother! How did she react?

He was so young, but he spoke pretty clearly for his age. She got this awkward smile, leaned forward, and asked, "...what did he say?" She was almost 70 at the time, and my mother (her daughter) quickly changed the subject by distracting her about her recent antiquing. Lol. She fussed at me later, too.

He's hilarious, but he acts like an old man. Lol

Cool, go girl. that's what I did with my boys

You can include a link to this post in your posts and comments by including the text q:48128
Agnostic does not evaluate or guarantee the accuracy of any content. Read full disclaimer.