If there were no bible, would there be no "end times?"

Of course not. I agree with @LenHazell53 that eschatological lore and beliefs predate Christianity by millennia.

The answer is YES without question. Christianity has only been a book religion a very short period of time. The Catholic Church prevented the Bible from being published and did not want anyone who was not in the clergy to have a bible. This was so that followers were reliant on the church for their learning about the Bible. Of course, this put the Catholic church in the position of controling interpretation. The end times is not a real big focus of the Catholic church but this still allowed them to control the narrative.

Before the many various writings were deemed to be "of god" by man and put into the canon called the Bible the religion was not a Book Religion and the belief of a second coming of the messiah was taught without a Bible even existing. So historically the answer is it has already happened.

"End times" philosophical beliefs were co-opted, and perhaps perfected by Christianity. But the simple fact is, there have been, and likely always will be, eschatological groups, with or without Christ.

@p-nullifidian Doubtleess. "The end times" is a specific reference to the Chrisitan version of this.I was addresing that specifically not world ending religious doctrunes in general as that was not the question.

Climate change is capable of producing end times as are nuclear wars or disasters, some day the sun will burn out, and there is always the possibility of a random large asteroid colliding with the planet; not so sure that only religion makes us think of end times. 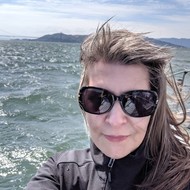 We'd still have end times through stories passed down through the generations in the form of story telling...

Was there an end to the bronze age? The biblical text gives for a 1000 year cycle on some things that may repeat as one ends another starts. For those that understands this, Adolph Hitler, demon posessed by a Jesus style God, and his 1000 years reign, 3 Reich's, could be seen as the change between the 2nd and 3rd millenniums.

You can include a link to this post in your posts and comments by including the text q:529670
Agnostic does not evaluate or guarantee the accuracy of any content. Read full disclaimer.