I'm planning my post pandemic adventures now. It's helping to keep my isolation anxiety in check by making positive plans. Looking forward to visiting my family in another state and taking some short trips around my own state to explore close to home.

My dive bar misses me.

Prior to the pandemic, my life goal was to visit all 50 US states. Now I'm terrified at the thought of visiting a red state. I do most shopping online to avoid crowds (covid and shootings). The main reason for any in-store shopping in the future will be for my son's clothes (sensory issues). Once a week we would go out to eat but we haven't been out since March. I too miss date nights, my kink events, and my son's waiver. However, we've been doing virtual events and I'm not sure how much that will change when this is over. 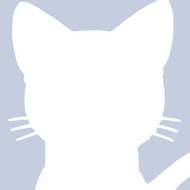 I too miss dining out. My friends and I have plans to do PF Chang's just as soon as we can.

I was just watching a few YouTube videos on the travel by road from Tashkent (Uzbekistan) to Kabul (Afghanistan) to Lahore (Pakistan) and fly back to the US. I have reached out to some people in Tashkent and Samarkand and am waiting for responses.

I have read and heard that the route is beautiful through the mountains and the adventure through the picturesque valleys is one to remember. Many invasions came from Central Asia into India since 1150 and I would like to see and imagine how armies, soldiers, horses, elephants walked that treacherous route 900 years ago. I want to cover all historic monuments also. I have been reading about it since middle school. I am ready to go as soon as the travel restrictions are lifted. My last trip to Uzbekistan was very enjoyable.

Nice! Sounds interesting. I have friends in CA that want me to visit and have been planning a thing for after. It's more than I want to drive by myself (1400 miles) but I'm thinking a train might be fun.

The time is always - when you want it. Driving would not be a bad idea either. 3 people have told me that they have driven (separately) to Las Vegas and back during Covid. Two guys and one was a gal. It is 1,270 miles one way.

There was a small book called - "4 Hour Work Week". The book is about not really having millions of $ but about living the best you can, often like a millionaire in many ways. Many things are in the reach of every day Americans in the modern times.

In the book the author mentioned a friend of his telling again frequently... "I am saving money to do my dream trip. I will do it after I will retire" The author asked.. "What is the dream?" The friend said.. "I want to do a cross country drive on a motorcycle across China." The author researched and told him..."You can do this trip tomorrow without having a lot of money in hand. It would only cost him $3,000. Charge your credit card, get a visa, do the trip while your body and limbs are strong and pay the CC after return within 4 months and here is the plan."

We often don't realize that we don't do many things because we just have a mental block. If we want, we can do many things we want. People across the world are doing it every day.

In the YouTube videos I mentioned above I saw a woman bicycling "alone" from Turkmenistan to Kabul through the mountains and valleys. Here, I am worrying about safety of my travel. I met a girl of just 19 years in Samarkand hotel restaurant. She was having breakfast alone and we got into a conversation. She said she came alone because her BF wanted to visit different countries. I asked if she felt safe traveling alone. She said yes and she had traveled alone many times before. I asked when she was going to back (to Italy)? She said she was going to China, Russia in the next 20 days which including some backpacking in China before returning home. I met more women on planes and at airports between flights. I have a great admiration for such free spirits.

Another example in my life. I lived in a very safe and upscale neighborhood in the city. My 13 year old daughter and I decided to walk to the movies 3 miles away starting at 5.30 pm. It got dark half way so we decided to just get dinner in a restaurant and called Uber. A young Uber guy in a Mercedes drove us back and charge was just $4.50. He asked why did we take Uber for a short distance? I said it got dark and we were worried. He said... worried here? There was no reason. People jog here at midnight, after and in the am starting at 3 am. And he was going for a jog after reaching home. I just had a mental block that it would be unsafe to walk at night. Immediately starting next week, I started walking at 3.30 am every day and am continuing till today. My mental block was gone.

I had been waiting myself but I figure I can't let my health deteriorate and hope for this to just be gone tomorrow.

You can include a link to this post in your posts and comments by including the text q:576296
Agnostic does not evaluate or guarantee the accuracy of any content. Read full disclaimer.