Dr. Robert Sapolsky on Faith . This guy is always enlightening to listen to.

Thanks for the videos. It has been a while since I listened to Dr. Sapolsky. In one of his early videos he explained how religion was a mental illness, schizotypalism a variety of schizophrenia. 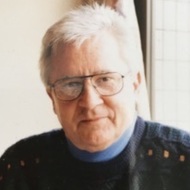 Funny, but years ago I took a Great Courses course on the workings of the brain. He was the lecturer but it was before he grew the beard.

I agree with his take on 'forgiveness.' Some people simply do not deserve to continue living in a society and right now I can think of numerous people in our political system.

Years ago there was an, in-depth study by the Germans on gun violence. One thing I noted was that in a society with a high crime rate (as ours) people feel the need to be able to do something to relieve the pressure and capital punishment is one way to this end. Want to get rid of capital punishment reduce crimes especially serious ones. The most serious crimes are often those caused bu mass murders with guns.

The reductio ad absurdum of Sister Helen Prejean's world view results in an arms race between the deepest, darkest and most immoral actor and the willingness of devotion and piety to offer forgiveness. A pax on both their houses!

The tubercular meat story is worth looking into for those who might not be familiar.

@Brunostic
The aggressive males in this troop found some meat and wouldn't share it with the other males or any females...

@skado Interesting and we have a prime example of that right now in the world especially the US with the present republican party. The previous leader was a prime example of an alpha male that needed to be fed a tuberculosis tainted cheeseburger!!! Perhaps with the rise of the power of women we can turn back the clock to a more civil society.

@JackPedigo
I can't say the similarities didn't cross my mind. I do feel that that kind of behavior is ultimately self-defeating in the end. I just hope it doesn't take the rest of us down with it.

@skado With the present change things will return to some normalcy but if we don't make massive changes soon we will go right back to violence and death. Tis is not just my idea but over 15,000 scientists have issued dire warnings to this effect.

You can include a link to this post in your posts and comments by including the text q:587965
Agnostic does not evaluate or guarantee the accuracy of any content. Read full disclaimer.