I'm a little confused when I listen to Sam Harris explain that we do not have free will
Anybody out there get what he's talking about.
I seen several YouTube videos.

We also don't really have freedom of choice. When all the major companies own all the minor ones, free choice or free will are just not possible.

His book is a short read, I recommend it. In a nutshell, everything that happens, every decision we make has causes behind it. Since we really can't change what those are free will is an illusion. If we could rewind time back to when I started this paragraph I would write the exact same thing all over again because the causes would be identical. Just like playing an old VHS tape.

I just listened to one of Sam's talks.
There are a couple things that he is clearly not asserting:

He also states “You are free to do whatever you want... but where does this “freedom” come from?”

My take (for what its worth) is that he believes (as a neuroscientist) that the brain behaves as a computer. Its next “state” can be predicted based on its “present state” and all inputs. ( That is probably saying too much – there are random processes going on in our brains – as there are in some computers. I'm sure Sam is aware of this). What he would say is we are in no way in control of such processes.

I personally like to think my choices are indeed my own. I have not been convinced to think otherwise. However, his points about “correction” in criminal conduct rather than “retribution” do follow from his argument and ring true.

I find a lot of what Harris has to say either hard to follow, uninteresting or both.
I like his books The End of Faith and Letter to a Christian Nation, but other than those, maybe he's not so much for me.
I'm not sure I care whether we have free will or not. Life is short. I'll enjoy some of it, suffer through some, then I'll be dead. :-/ 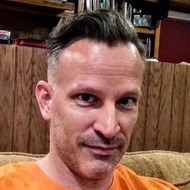 I can’t speak about what Harris is saying, but if you believe the universe is deterministic, i.e. all things have a predictable outcome, and our brains are in this universe, then it follows that all your thoughts and actions are predetermined by circumstance and that free will is an illusion.

I love watching him and Dennett go at it on this. I’m on the fence a bit. Harris has a hard time believing that we are conscious let alone In control... A weighted debate... 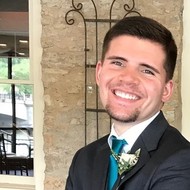 I have a few issues with Sam Harris, to the point where I don't pay him much mind at all.
I also don't dwell on the "free will" thing too much.

The argument he is making is known as "determinism"; a long-standing theory in philosophy that we do not have free will. This vid does a good job of summing it up:

Never heard of D' Holback but I do know that Immanuel Kant in his Critique or Pure Reason and his Groundwork for the Metaphysics of Moral claims that freedom of the will is absolute.

That the subconscious is controlling us and not our conscience theory ?

You can include a link to this post in your posts and comments by including the text q:59971
Agnostic does not evaluate or guarantee the accuracy of any content. Read full disclaimer.