It really sounds weird, as several Trump Organization employees, but not Donald Trump himself, will be charged in a criminal case of possible tax break fraud. Doesn't it mean they have nothing for Trump, so they will attack his backing? I'm pretty sure he has enough resources to hire any top-notch lawyer company, such as [federal-]lawyer.com/florida/. But what will the result be? They want to mute him, but he has nothing but to fight democrats. However, given the number of anti-vaxxers among Trump supporters, no one will be alive till next election 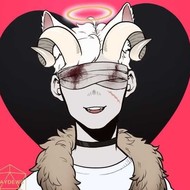 Gee, drumpy sure knows how to hire the best & brightest.....

He has no evidence of that. Let him work on the charged that are in front of him.

You can include a link to this post in your posts and comments by including the text q:623599
Agnostic does not evaluate or guarantee the accuracy of any content. Read full disclaimer.