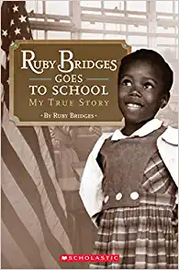 These stupid fucks hear a catch phrase they can use to fear monger and off they go.

Sadly this isn't party specific. For the right it's "critical race theory" and for the left it's "Defund the Police and Medicare For All."

Sadly some 60% of Americans, regardless of party, can't wrap their minds around one Google search of just what exactly what they're supposed to be fearing. Instead they're relying on Rachel Maddow and a Tucker Carlson.

(And let's be honest, some 30% of Americans have been given license to openly hate anyone who isn't identical to who they think they are. White Evangelicals have left their bunkers, stopped prepping and are staring at the stars salivating over the Second Coming. Which they believe will be in November 2024. Bunch of batshit crazies.)

Public school educators will not be violating the state’s new “divisive concepts” law if their lessons on slavery, the civil rights movement, and the treatment of marginalized people leave some students feeling “uncomfortable,” according to guidance issued Wednesday evening by the state Attorney General’s Office.

“It is important to note that education related to racism, sexism, and other practices or beliefs that have harmed or continue to harm certain identified groups may make students, faculty, or parents uncomfortable,” the guidance said. “These lessons may encourage or prompt students to reflect upon whether and how racism, sexism, or other practices have or have not affected their lives. Even discussion of historical practices and their lingering impact upon different identified groups can cause this discomfort.”

The new law, passed as part of the state budget, prohibits schools from teaching that one group of people is inherently racist, superior, or inferior to people of another group. Teachers across the state have voiced uncertainty and fear about what topics and discussions are off limits.

The three-page Q-and-A guide written for educators clarifies how complaints will be handled and whom the new law covers. But it is unlikely to settle the debate over what can and cannot be taught because it speaks broadly and not specifically.

“The comments included in the document fall short of what we were expecting,” said Megan Tuttle, NEA-New Hampshire president. “Two weeks ago, we sent a set of questions to the Attorney General’s office seeking specific example-based guidance on the implementation of the divisive concepts law within public school districts and public institutions of higher education. We still expect, and are awaiting, a response from his office which provides our members with concrete, practical examples of what, in his view, is allowed and prohibited under the law.”

Tuttle added, “licenses and livelihoods are at risk. Generalities from the state attorney general and education commissioner are simply not sufficient.”

The law, according to the guidance, does not prohibit the teaching of historical subjects nor the discussion of current events like “the Black Lives Matter movement, efforts to promote equality and inclusion, or other contemporary events that impact certain identified groups.”

And educators can still teach “the historical existence of ideas and subjects identified in the new law,” including discrimination based on race, sex, gender, disability, sexual orientation, or religion.

But the Attorney General’s Office did not say how or whether implicit bias – which is at the center of many cases of discrimination – can be included in discussions.

The law pertains to classroom teaching, extracurricular activities, and the training of staff and volunteers for both K-12 and public colleges and universities. Parents who object to specific coursework or discussions can exempt their students from participating.

A student or parent who believes an educator has violated the new law can file a complaint with the New Hampshire Commission for Human Rights, the Attorney General’s Office, or file a lawsuit in superior court. An educator who violates the law may face disciplinary action by the State Board of Education.

The guidance does not say how claims will be investigated.

“We are happy to be able to release this much-anticipated guidance,” Department of Education Commissioner Frank Edelblut said Wednesday. “Our goal is to provide clarity around the law and (we) will continue to work with districts to help support them in the implementation.”

@MyTVC15 Yes. I read that. The point I attempted to make is exactly that! These people latched onto CRT lingo, rebranded it, sold it to the idiots that voted them into a position of power and it's now a thing. It's always something.

Anti-critical race theory parents in Tennessee are reportedly objecting to an English language arts curriculum that includes a book by civil rights activist Ruby Bridges, decrying it for not having enough "redemption."

The Tennessean reported last month that parents in Williamson County have been criticizing the "Wit & Wisdom" curriculum for allegedly not being appropriate for young kids and teaching critical race theory concepts. Community members and advocacy groups, the report describes, have objected to the inclusion of books like "Ruby Bridges Goes to School" written by Ruby Bridges, who became the first Black child to integrate a segregated New Orleans school when she was six.

Robin Steenman, who heads Moms for Liberty's Williamson County chapter, reportedly pointed to this book and others at an education committee meeting, claiming its mention of a "large crowd of angry white people who didn't want Black children in a white school" was too harsh and pointing to the fact that it didn't offer "redemption" at the end, the Tennessean reports. Steenman also reportedly objected to another book about school segregation and expressed disapproval of teaching words like "injustice" and "inequality" in grammar lessons.

Assistant superintendent of teaching, learning, and assessment Dave Allen, though, said "our teachers are reporting to us that our students are reading like they've never read before," and "I've received a flood of emails recently that said, 'Don't do anything with the curriculum. My kid's loving it," the Tennessean reports.

The detail about the objections to Bridges' book, as flagged by Chalkbeat's Matt Barnum, sparked criticism, with journalist James Surowiecki arguing, "If you're against teaching kids Ruby Bridges' book — the story of a little girl braving mobs of angry protesters in order to integrate her local elementary school — you're not opposed to 'critical race theory.' You're opposed to America's ideals." Journalist Nikole Hannah-Jones also wrote, "This is the end game. That's why these anti-CRT laws are memory laws." 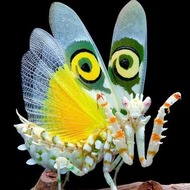 GQP thinking: "Slavery never happened. I never owned slaves. The white master race treated their slaves very well; We should bring it back."

You can include a link to this post in your posts and comments by including the text q:664176
Agnostic does not evaluate or guarantee the accuracy of any content. Read full disclaimer.