I guess that I should start off with this, I consider myself to be a Spiritual person, but not religious. I was raised in a Southern Baptist Church. After I got married, had a kid and divorced, I stopped going to church. I started dating someone that was an extreme history buff. After learning more and more about Christianity through hundreds of years, I knew I would never go back to that religion.

Fast forward to last year. I was seeing this guy and I fell in love with him. He was bitter about his ex-wife and last gf. He said he would never love again. But when we were together I could feel the love. Late last year, I fell and fractured my back. I was in the hospital for 3 wks and I wasn't able to see him, he didn't have a car, the ex took it. He lost his job and had to move to the other end of the state to live with his brother. I did get to see him the day he was moving. My daughter and son-in-law drove me to say Goodbye. It was extremely difficult for me and very emotional. I told him, you know I love you. He said he knew.

He had a few rough months after the move. But he is finally on his feet, living on his own. He told me a few months ago that he wished he had taken things further with me when he had the chance. I told him that I am still here.

We are friends on Facebook. His recent posts are covered with God and Jesus. Lord have mercy!!!

Another almost relationship fucked up with religion.

Only if you let it be messed up. Have you tried introducing him to this site?

I haven't. That's definitely an idea.

Well welcome to our community. 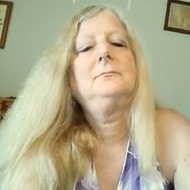 Here are the things that jumped out at me:

Conclusion: you can do better. 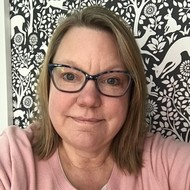 Maybe so. It's hard not to think about what could have been.

You were religious once but someone you loved taught you something that opened your eyes forever. If there’s chemistry and compatibility perhaps you can do the same with a simple honest conversation. It sounds like he’s had some rough luck lately and is just looking for support. It sounds like he wasn’t religious a year ago and maybe he really “found god” or maybe he’s just lost and hoping for “something”...I am not saying you need to save him or convert him, but it sounds like you owe both of you an honest conversation.

I helped him understand that it wasn't his fault, when it came to his ex's. They both blamed him. But one turned out to be bi-sexual, you can't blame that on him. If that's who you truly are, there is no one to blame. The other cheated on him. Again blaming him. If you chest on someone, take responsibility for your actions. If it was truly that bad, she should have left him instead of staying with him.

@LadyTaz For clarity, I meant help him deal with this "god stuff" so he could potentially remain a viable partner for you.

On a sidenote, my ex-wife was bi-curious when we met, was severely sexually assaulted 2 years into our relationship and never fully recovered so she slowly slid away from me and all men. Our total relationship lasted 13 years, so you can work out the timeline on how long I tried. Sadly, understanding everything I do, I don't hate her and I'm not bitter, but I'll probably never date a bi-girl, a trans-girl, a "survivor" or anyone with a potentially super complicated past, so my dating pool is tiny. Maybe one day I'll work through my issues, but I'd never put that on someone else to fix.

I'm sorry that both you had to go through something that horrible. While it's true that everyone has baggage when they start a new relationship, that doesn't always mean death for the relationship. While I understand your hesitation in dating someone that identifies as Bi, not everyone that identifies as Bi flip flops. Usually once they get older and want stability in their lives, they will make a choice. I have several Bi friends that made a decision so they could build a life with someone. I truly wish you the best of luck in your search. ????

Just think, your guardian angle (and no I didn't spell that wrong, LOL) gave you a broken back to avoid a horrible relationship. And what a horrible angle, like couldn't you have just like do something less painful?

Yeah, I could have taken the hint without having to go through all of that... lol

If he was trying to blow me off, then why still talk to me?? That's the confusing part.

I don't know and obviously, i might be wrong but I find in life if its possible and you really want to do it, you do it. it just seems a bit bogus

@LadyTaz Some humans cannot face the pain of hurting another with the truth. If he is, indeed, blowing you of in one regard, that could be why he still communicates -- fear of hurting you. Or, maybe he truly does enjoy your friendship. But, if he was "into you," he would make "it" -- what it is -- happen.

@BlueWave There are several threads on here, I'm sure you haven't seen all of them. He told me about 2 months ago that he wished he had taken things further when he had the chance. Of course that was before he decided to not date and found religion. I have decided that I can live with the religion, as long as it's not pushed on me. It's just hard to describe how we were, and how it felt with him, before he had to move.

I mite be wrong

That's hard, but I suspect it worked out for the best. I think strong differences in worldviews and values are a ticking time bomb — and it may not seem like such a hurdle early in the relationship when emotions are running hot, but eventually things cool and you have to be compatible on other levels. I can't imagine dating anyone truly religious.

We are actually compatible on several things. He told me once, I can't believe you like this kind of movie.

You can include a link to this post in your posts and comments by including the text q:11468
Agnostic does not evaluate or guarantee the accuracy of any content. Read full disclaimer.