Is anti-theism on a par with racism?

I would like to make the argument that people who really hate it when religion is being criticized, are really only encouraging one thing. IGNORANCE

I consider many ideas found in religious text to be immoral, incorrect and harmful to society.

Not only that, but the way society moves forward (or improves) is by challenging ideas. This is how we end up with things like technology, medication, equality (etc), and when it comes to equality you won't have to look too far to see how religion can be a major barrier.

However, I hear many people that really hate the idea of criticizing religion. Even atheists are adopting this position. I hear atheists criticizing people like Sam Harris and Richard Dawkins just for writing books and talking about the evidence (or lack thereof) for religious ideas. It seems like an aggressive liberal position to me which basically says:

You can be religious or non religious, but you are not allowed to criticize people that are different to you as it is a form of racism (or discrimination similar to racism)

For me I think these people's hearts are in the right place but I do think that they are wrong. People who are genuinely curious as to what type of universe we live in (one with or without a creator) will need to look at the evidence if they really do care about the truth (and not just what they want the truth to be). Personally, having come across the 'fine-tuning' argument (I heard it first by Frank Turek), it was argued very well and learned facts that I was completely unaware of. I would probably be an agnostic person leaning towards a belief in some kind of deistic god, if it wasn't for people who argued against the idea, supplying there own evidence/arguments in favor of a natural universe (this is the position I hold after listening to both sets of arguments). The point is, as stated above, is that these people only encourage ignorance, or at least opinions based on ignorance. What are your thoughts? Is debating religious ideas an acceptable thing to do?

Racism is blind and generally meaningless bigotry based on ignorance.

Anti-theists can be extremely annoying and even counter productive but being intolerant of bad ideas is bigotry with at least some rational thought, although IME some anti-theists are just over-reacting based on their pain from religion. I get that, I was that very angry, immature anti-theist for about a year.

Antitheism can be akin to racism, if one views theists as an inferior class. People can be wrong about many things, like the Monty Hall problem, but that doesn't justify stigmatizing them in general. They just don't understand probability.

The trap has been set! Bwhahahaha 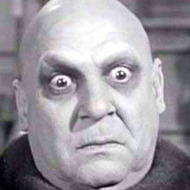 @RobH86 Is debating religious ideas an acceptable thing to do? Of course it is, anyone who says no to that q. on here is gonna get clobbered. Maybe a poll would have been a better approach? Sorry, it looks like a trap.

@MrTallman Holy hoaxer, Batman! You may be on to something. And to think, I fell for it!

I’m with Sam Harris on this one. Bad ideas need to be criticized. All other subpar ideas receive appropriate criticism, religion should get no free pass.

You can include a link to this post in your posts and comments by including the text 'q:118699'.
Agnostic does not evaluate or guarantee the accuracy of any content read full disclaimer.