If ghosts are real, do they have mass? I don't think anyone has ever found this to be true. If ghosts (or spirits) are real, and they don't have mass, do they remain where they were while the planet spirals away, following the sun and leaving the spirits forever in the abyss? Is there a million-year trail of human spirits in space? 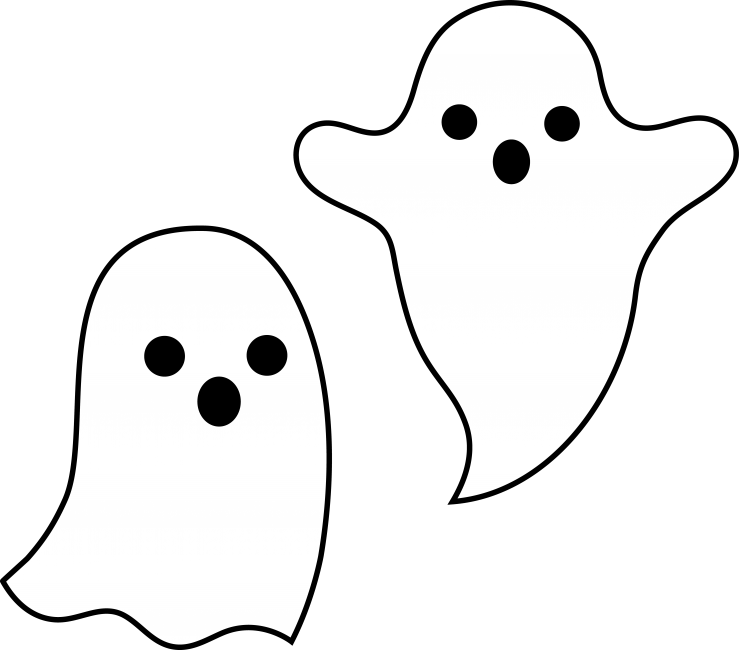 I don't believe in ghosts.

Well I don't know about all that, but I know they're real because I saw them on Ghost Busters. Who you going to call?

I thought he was talking about Catholic Mass

Ghosts are not real, period. The whole question is moot.

I think it's more fun if you think of it as a "thought experiment" rather than a question that requires a statement of fact.

@SamKerry Okay. But. that is not something I do when the matter is fntasy out of the realm of possibility.

@wordywalt I think you missed this bit in his question: "If ghosts were real ..."

This is a good thought exercise. Others below have good replies. Let me add mine. It's similar to @carlyhorton's reply.

When you say "without mass", do you mean exactly zero mass? Or do you mean "almost" 0 mass like a neutrino - which was once thought to have no mass but has now been found to have a very small amount of non-zero mass.

Regardless, mass or no mass, the Earth's gravity, rotation around its axis, revolution around the Sun, micro-air currents from others' movements, sound waves that's bouncing around the room, etc. would exert force on it.

That's probably why that "ghost" is shimmering. All those forces are exciting its zero-mass (or very light) molecules which then produces its blinking lights. (I'm no scientist, so all that may all be gibberish.) Or maybe, because their molecules are so very easy to excite, photons are continually blinking in and out of existence in and around its - similar to virtual particles of Quantum Mechanics.

Anyway, because because force is exerted on it, it will never be stationary. The largest forces that would be exerted on it are: gravity, rotation and revolution. Therefore, that ghost will "follow" those forces rather than "be left alone".

E.g. When you throw a ball up in the air while in a moving car, the ball will follow the car's trajectory and land back on your lap. Granted, the ball has mass. But whatever.

As an aside, if our bodies are the vessel of our "spirit" (i.e. consciousness), would the physical and visible entity that is our ghost (that glimmering spectre hovering on our favourite chair after our death) also be just another vessel for our "spirit"?

I can imagine the conversation:
"I'm a member of a great nonbeliever site called agnostic.com"
"Great! What do you talk about?"
"Oh, you know, Ghosts. How the might exist. The physics behind them. That sort of thing."
"Ahhh.. That's .....interesting"

If they had mass, then I guess the Earth's gravity would keep them in place as the planet rotates. But they'd be stuck in one spot unless they also had energy. They'd need energy to move around and haunt people. Or to creepily move rocking chairs, move air to make candles spookily flicker, or menacingly slam doors. You'd think that modern technology could detect the mass and energy needed to do these things. But noooooooooo.......

I don't think so

When I was a kid I read a fiction book that addressed this. It said a human ghost had the same weight as a bullet which is why no one noticed it on a scale before.

It was funnier the way the author phrased it.

Do you mean the "21 grams" reference? As in, for some reason, people who die, regardless of their weight, are always 21 grams lighter. It's the reference of title of the move "21 Grams".

@SamKerry yes the author was making a reference to that, sorry it was hilarious the way he wrote it because he built up to it with a scene where a pathologist was shooting dead bodies with a gun to prove a point.

Now I'm imagining our ghost trail, like slug slime spread out behind us.

At first I thought this was going to be a silly pseudo-religious post, but it's actually a good point that I don't think I've heard before.

You know, I love this stuff. Remember watching one of those true ghost story tv shows from the US (sorry, but where else) and there was an expert, I recall he had a degree in ghostiology from a reputable institution I'm sure, as well as a ghost-ometer device that could pick up ghostly vibrations and emanations, with great accuracy, he said, as you could see when the needle went haywire when he pointed it to some place where ghostly things had happened, in particular when figurines had been knocked over by a ghostly visitor. Why do ghosts hate figurines? They always knock those suckers over in the night. I'm telling you I wouldn't have any figurines in my place. Just asking for trouble. And I can't afford a ghost-ometer on my income. So there it is. The 21st Century. Well, for some of us. ????

Thought they weighed 21 grams lol. Where would they keep the storage containment system? And the slime factor would be out of control.

First, prove they exist. Second, weigh them to answer the question. If you can never do the first, then the second is irrelevant.

Always moving at the speed of light.

If they did exist and did have mass we would be able to measure it and prove their existence. We have no means to measure with empirical evidence the imagination.

They are composed of dark gravity, which has negative mass, to offset the weight of the sheet with two eye holes.

lawnmowers & the gestation of nonsense
56 members

You can include a link to this post in your posts and comments by including the text q:16466
Agnostic does not evaluate or guarantee the accuracy of any content. Read full disclaimer.