Does having a friend with benefits hinder you from finding the relationship that you truly want?

Nah, I only focus on one woman at a time, makes life easier that way.

Not at all, I have friends with benefits,
it all ceases if one gets into a relationship, but can and has resumed if both are again single at some point. I have a friend arriving this afternoon for 4 days, we have a few project things to attend to, she puts her gear in my bedroom as soon as she gets here, I may or may not sleep in that room the next few nights. The adjoining room is my other bedroom so no problems except for dogs, she brings hers and the dogs play musical rooms all night as they can't work out where they should be. Have known her about 16 years, we have both gone off in other relationships during that time, both single at the moment. The fact that she is extremely cute doesn't hurt and causes all sorts of comments from my students when we go to the beach. I don't have secrets, she is not my only friend with benefits at the moment.

This is a great question. I have wondered this over the years (especially when I had a FWB). I oscillate between thinking a FWB is "as good at it gets these days" or thinking that's not good enough.

Personally, the FWB loses it's interest for me and since I've never left one person to be with another, I stopped. I didn't want to be casually seeing someone who I didn't have super deep feelings for and have someone great come along.

Now that I'm older, I find monogamous relationships to be more meaningful. I know it's different for everyone. (I've mentioned this book before and I'll mention it again, because it helped me figure out that polyamory isn't for me.... It's entitled Love in Abundance).

When my ex ex gf and I broke things off, she begged for sex, so I told her that the only way I would do that is if she understands that it would stop when I find someone I’m interested in, and she agreed. I did not talk to her much after, but I don’t feel guilty because I told her exactly what would happen, she bothered me for 2years after that.

Currently I have what I would call sex acquaintances, just a couple people I know and trust, if in the future I find a love interest, I would cease activity when I meet my interest. New lovers do not need to know your past lovers, but I agree they should not overlap, otherwise everyone involved needs to know and accept or not.

If I liked her enough to be a good friend, and we have physical chemistry, then we'll date. If I can't appreciate her personality enough to date her, shacking up occasionally isn't going to be much fun either.
I've declined to pursue interests because they had a FWB on the side. There's something lost to a budding relationship if one of you can get laid anytime already, imho.

Didn't stop me. After three years of a "real relationship" with someone else, we picked back up where we left off. No big. Just friends, and fun. Like minigolf.

depends on the ground rules of your fwb. I want a fwb who I love and trust and respect but we just live in our own houses. others are someone your fucking till you find someone.

even with just sex i still want honesty

it must be mate

I've never been interested in casual sex, so I've never had a FWB-type relationship. I think for some people it provides a simple sexual release and doesn't influence their lives otherwise, while other people seem to get involved more emotionally and maybe don't invest time into finding a deeper connection as a result. I think it's different for everyone.

It could get you comfortable being where your at. But on the other hand you may consider the friend giving you the benefits. The same may be happening to them... I wouldn't worry about it. I like the idea of friends with benefits but I would have to know that it's not going to hurt them. That were just getting wild and crazy...

I had a long term friend with benefits off and on for about 8 years. Our friendship didn't end because either of us got attached. Hell, we would hang out together outside of the bedroom all the time. It was almost like we had an open relationship lol. Our friendship ended because she lied to me and said she was trying to look out for me by offering me something. My bullshit meter went off and I stopped talking to her and told her to never contact me again. She had married a guy from Africa just to give him citizenship. She got some change for it. It was 15,000. She offered me a deal to marry some woman that needed citizenship from Africa. I think she said she was a doctor. I told her I wasn't interested. She kept persisting and acted like she was really looking out for me and said it would be 10,000 for me and the woman is a doctor. When I heard 10,000 it pretty much enraged me. I knew right there that she wasn't "looking out for me", but wanted the extra 5,000 that vanished from what I was offered lol. Like I said, I wasn't interested anyway, but it pissed me off.

Just to play devil's advocate: I think having a FWB takes a bit of the desperation out of the situation. If you're getting all your needs met you're less likely to jump into something unsuitable just because it presents itself.

Makes sense. My question though would be, am I obligated to tell the new person I am trying to get to know that I have a fwb before we are even a “thing?” I have had that blow up in my face, but I feel wrong for hiding it also.

@Amie I can see where it would but I know quite a few people who met their SO while they were with someone else. Actually being in a relationship at the time didn't seem to stop them.

@Shelton oh I'm not even referring to sharing here. Just people who meet someone new and leave their partner for that person.

It certainly could . Would you want to date someone that told you they have a FWB ? I see the arrangement as a commitment of sorts ...

I suppose you could keep it secret - but it seems that would be starting off on the wrong foot.

I don't understand how you can be open to love and the intimacy that it will bring if you're already being intimate with someone. 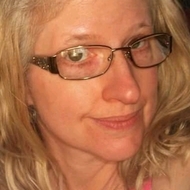 In my case, I am polyamorous. I am able to cultivate loving, intimate relationships with more than one person...but having more people in the mix definitely adds complications. I might also add that I am honest and upfront going into relationships, it's only fair.

It would for me. If I were to go into a FWB relationship, that would have to be the only one and the same with my "friend". If either of us wanted to pursue another relationship, ours would have to end. I can only do one intimate relationship at a time, I don't know how others can juggle multiples.

It's definitely not for me.

And why should it?

I would prefer relationships of friends with benefits if it is going to be a relationship and not just a friendship.

You can include a link to this post in your posts and comments by including the text q:21874
Agnostic does not evaluate or guarantee the accuracy of any content. Read full disclaimer.