Climate changes in your area.

I'm in Ohio and remember trick or treating in winter wonderlands now it's 62 in December with mosquitos. How fun are your changes?

I'm in California and a big part of my state just burned down. Thousands of homes and structures burned, lives were lost, Thousands of people and their pets displaced and homeless. Infrastructure destroyed. Wildlife destroyed. This happens every year and every year is worse than the last. Our changes aren't fun. They are devastating.

There is nothing fun about climate change.

In Eastern Washington, wildfires are more intense and destructive. Wildfire season is longer.

Salmon and killer whales are diminishing.

Pine beetles have killed huge swaths of trees on Blewett Pass and more.

There is nothing "fun" about climate change. We have bush fires raging in part of Australia and the summer has only just started.

That has been something I’ve noticed too. We had a week or two when we noticed winter might be over then BAM 87 degrees.

I think fall got cut short by the late season huricane the went through the Carolinas. It pushed some warm weather upwards for a week or so.

We are here for fleeting seconds as societies and shorter periods by far as individuals. Archaeological evidence clearly shows dramatic changes if both climate and topography of this planet that are measured not in a lifetime or two, but over tens of thousands and hundreds of thousands of years.

It is erroneously believed by many that science determines what is good sense. Good sense and reasoning were a part of us long before science existed. It is actually human reasoning and sensibility that determine what is good science. The Sahara was once fertile. The 'holy land' was once considered a promised land of 'milk and honey' NOT because it was desert as it is today. Sea fossils are to be found on mountain tops and human architecture beneath the seas.

Self-important, self-exalting officious prigs deign to claim that earth is in jeopardy from carbon dioxide. They've made decades of computer generated prophesies that don't materialize and never will.

All we can do is dirty the place up and poison ourselves. The planet isn't afraid of us. We don't even amount to a serious case of eczema.

I spent my summers in a little Beach resort where my family owned a home in Mexico. (I know, I was very lucky!) Anyway, the beach that my brother and I used to frolic in as children, is gone. It was a rocky coast line with tide pools and a beautiful sand beach in the middle. It's all under water now. The water has risen several feet. I have watched the ocean slowly swallow up this beach over the last 30 years.?️? 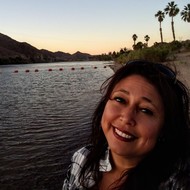 I'm in South East Australia. I find the winters are getting dryer and the summers are getting hotter. I swear we have more flash floods than regular rain. 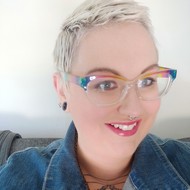 Winter in my part of Alaska used to have snow, get in the teens a few times, and hover around 32 degrees. I have barely picked up a snow shovel the last few years and it was 46 degrees in early December. Lack of snow pack will dry up salmon spawning creeks, bears wonder into town more often looking for food they can’t find at past natural sources. The Earth has a fever to get rid of the sickness. Humans.

@Bendog I do not but I imagine being that close to the epicenter they may have suffered some damage if they aren’t up to code.

While it is warmer here than it used to be, the primary driver locally seems to be due to the growth of Metro Phoenix and concrete over the natural desert.

Fun is definitely the wrong word. In a dry part of the world (AZ, USA) we're in a long drought that apparently has become a trend as opposed to a cycle stage.

With the population growth the way it's been I don't think anyone knows where it might end. All the serious projections I've seen are grim.

I left CA a month or so ago just as it was bursting into flames all over the place. The rains come later now that we have the drought, & it doesn't rain as much. The rain helps put out the fires.

I grew up in Central Florida and we never...never had the seasons of hurricanes, and potential hurricanes, we see today. Can’t dent global warming.

I grew up in Central Florida and we never...never had the seasons of hurricanes, and potential hurricanes, we see today. Can’t dent global warming.

Solar activity is minimizing for recorded era. Expect things to get wonky for a few years.

As a fellow OH resident, the jet stream effects our weather more than anything else. And it moves constantly.

And yet people were freezing during Macy's Thanksgiving day parade in NYC..

I lived most of my life in the Los Angeles area. It became apparent that since they import virtually all of their water from toher areas and that droughts were affecting the water supply, and the summers there were notceably warmer, I moved to the Pacific Northwest.

Now people who are in their 80's or older tell me about how in the Portland aree they used to get about a three foot accumulation of snow when they were kids. Now, we seldom get more than a few inches at most, which usaully melts off within a day or two.

Climate change started near the beginning of the 20th century. It was just that nobody really paid attention or noticed until the 1970's.

According to satellite measurements, the earth, since 1979, has been warming at the rate of 0.13C per decade, and that’s not much. At that rate of warming, it would take 170 years for Boston to warm to the temperature of NYC.

Maybe what we are seeing are just local variations, variations that are offset by conditions in other places.

Winter started in October this year! Animal and insect populations have changed dramatically in the past several years!

The changes in CA have been anything but fun--the fires are killing a lot of people.

Our rose bushes are blooming almost 30 days earlier than 6 or 7 years ago. Winter is generally a bit warmer, but around here that's subject to rapid swings. We're not getting our usual monsoonal flow here, so there's not as much rain unless it is driven by big storms from the Gulf of Mexico or Gulf of California, then it's a deluge. I can say with confidence that the weather patterns here have changed greatly in the 19 years we've been here.

Can't really judge the UK, I've only been here 14 years. But I'm with the other Aussies. Every 5-6 years, you'd have a summer stinker when it'd hit 40°C for over a week. Now it's every year. 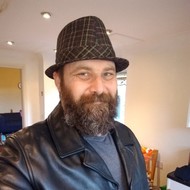 You can include a link to this post in your posts and comments by including the text q:236662
Agnostic does not evaluate or guarantee the accuracy of any content. Read full disclaimer.