How do you accept a compliment? Your response?
Does receiving them make you uncomfortable?
If yes, why?

For me , complements should be private if they are to be given sincerely . I guess it just feels awkward to get "or" receive them . In the military , if you remember , it is protocol to praise in public , & discipline in private , but that's just protocol , I don't know why they do that here . Dating shouldn't be treated like a job performance rating . It's "TaCkY". 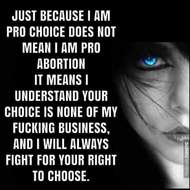 Compliments are like cheese on a mouse trap. If one doesn't grab it quick and run away fast enough, it feels like a hanging expectation exists for a return compliment. It's a pretty dicey situation at times.

All the world's a stage,
And all the men and women merely players;
They have their exits and their entrances,
And one man in his time plays many parts,
His acts being seven ages. At first, the infant,
Mewling and puking in the nurse's arms.
Then the whining schoolboy, with his satchel
And shining morning face, creeping like snail
Unwillingly to school. And then the lover,
Sighing like furnace, with a woeful ballad
Made to his mistress' eyebrow. Then a soldier,
Full of strange oaths and bearded like the pard,
Jealous in honor, sudden and quick in quarrel,
Seeking the bubble reputation
Even in the cannon's mouth. And then the justice,
In fair round belly with good capon lined,
With eyes severe and beard of formal cut,
Full of wise saws and modern instances;
And so he plays his part. The sixth age shifts
Into the lean and slippered pantaloon,
With spectacles on nose and pouch on side;
His youthful hose, well saved, a world too wide
For his shrunk shank, and his big manly voice,
Turning again toward childish treble, pipes
And whistles in his sound. Last scene of all,
That ends this strange eventful history,
Is second childishness and mere oblivion,
Sans teeth, sans eyes, sans taste, sans everything.
William Shakespeare


Well men and women of Agnostics.com can you find the compliments to appropriately make for each age together with the sweet soft thanks to return for the boon bestowed upon you?
No?
Well then go and fester in the poisonous pus of your mind and body's boils, say no more on't!

I have gotten better. I used to always come up with an excuse why I didn’t deserve the compliment.

Here in Thailand, and in other foreign countries where I've lived, people have often discussed me in my presence, not realizing I understand. Usually, they remark about how "pretty" or "beautiful" I am, which baffles me, since they still do it, and I'm 65.

I decided that possibly they think I'm more attractive because of my Caucasian features, compared to theirs, but I don't know for sure.

Being partially trans I've always avoided looking in mirrors or at photos of me, thinking I looked "hideous," but when I see old photos now that I used to hate, I can see that I was very pretty, all my life. Since I never thought so, it didn't do me a lot of good, where a "real" woman would have exploited it to manipulate men.

I just didn't care, feeling like I was male, myself.

Why do you look for excuses for the reason why people like you?

I always say, "Thank you!" and smile at them.

Sexual comments about my body are NOT compliments, and not only make me feel uncomfortable, it can make me fighting mad, but only if spoken by a male.

I'm male enough that I give females a free pass, but they typically don't make crude sexual remarks about other women, being more oblique and polite, as a rule.

An old sexless joke is "How do you know that Australians are well balanced people? ... They have an equally sized big chip on each shoulder".

@FrayedBear I dunno..I loved being there, camping with Australians during our week long camel trek. Nicest people on earth..except maybe for the Thai? I loved the casual attitude toward nudity, as well, because that's how I was raised in Haiti.

@birdingnut Q. Were they paid to be like that? Was it the 2000 Olympics?

@FrayedBear Maybe it was the contrast between the Australians and most/many Americans. When I got back to Sydney after running around Australia for the past two weeks, some American tourist guy got on the shuttle and you could hear him from a block away, talking loudly and crudely hitting on an unfortunate girl in the bus. I scrunched low in the seat in shame and considered not admitting what nationality I was.

@birdingnut Americans along with Germans, Australians, English, Danes, Saudis and Japanese can get tarred with the atrocious behaviour of their countrymen in various countries for varying reasons. Unfortunately one bad tourist can taint 10,000 otherwise normal tourists.

I enjoy a compliment, but I also feel like I have been put on the spot at those times. I don't always respond coherently when I'm on the spot. “Thank you” always works.

I know my Dad was not big with compliments. (They could be awkward - my sisters agree! lol). And I had a hard time accepting them from anyone as a younger version of myself.

Now that I understand that?
I say "Thank you very much!". Why make someone who is trying to be nice feel uncomfortable? Even if they are faking you can say "Thank you".

And I never give a false compliment - taking after my Dad. lol

I feel awkward when it comes to compliments. I'll generally just take it and be as courteous as I can, but it always feels off. Work related compliments I always just shrug off because I'm simply doing my job and provided I'm not receiving complaints, I don't need any amount of positive reinforcement.

@Crimson67 Does she think it will result in better performance from you next time? Is she expecting something for nothing in return?

I like a genuine compliment, they make me feel good.
I like to return the compliment if the other person has any redeeming qualities whatsoever. LOL
Just kidding.
I think most people like them as long as they don't presume more familiarity than is warranted.

I love getting compliments..and I always say thank you..

I always feel awkward when recieving genuine praise. I don't know how to react. Then again I am a typical Brit, I show no sincerity just sarcasm and irony

A simple "thank you" does it ! And no - if the compliment is sincere, I've no problem with it.

It seems the discomfort for some, comes from not feeling that one truly deserves the compliment, or that there may be an ulterior motive attached - which of course, might be true !

I'll take whatever compliments I can get. I'm needy that way. 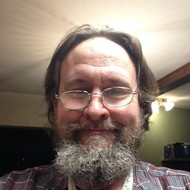 Lol. Weren't you taught that the only person you have to justify yourself to is yourself?

@FrayedBear Sure, but that doesn't mean that getting compliments (and also giving them) will add to that.

@Gert Isn't that what I have just written?
8)

Well @FrayedBear, I don't think so. And you probably know that too.

@Gert You are saying that giving and receiving compliments does not affect self esteem? Self esteem is justifying yourself to yourself. So how are we disagreeing and why are you seemingly mind reading me with your last statement/belief?

@FrayedBear Where did you learn to read? You wrote: See above: Lol. Weren't …… yourself.
I reply (and I will write it a little more clearly): Sure I was taught that the only person …… is yourself, but I also learned that it should not be my only goal in life to angle for them. And it doesn't mean that getting compliments should be your only source of self-esteem. I believe they call that egocentric. Just the same is that giving compliments in general is not the major reason to get compliments in return so that your ego is boosted again. I give compliments just to be nice and express a feeling. It's for me a way of communication. Receiving compliments works the same for me. I don't feel better when I receive a compliment, it helps me to make communication easier.

@Gert Perhaps @Gert you will come back to this one so that you can practice what i think you are now trying to preach. 8)

@FrayedBear Yes you chose your screen name right. Just fighting for fighting. I have known too many people like that, and never wanted to be infected by them. You are not friendly, you don't try to put effort in understanding people. I don't care what you think I'm preaching because, you will never understand, because you don't want to. You just like to try to bully people off with posts you think that are funny by putting weirdo smileys behind them. I just want you to know that I will block you soon, because I don't need you here.

I haven't sent any to men. I have sent them to ladies who I thought posted good content. I'm afraid of coming off as creepy.

@Shelton I agree. I give only sincere compliments to men or women, in real life and online all the time. If somebody thinks I'm creepy for pointing out something positive or attractive or nice or kind or loving, then call me creepy.

As a kid, i was taught not to expect compliments (don't ask me why, I don't know). As I result, I never really was comfortable when they were received. The older and wiser I became, I learned differently, especially when getting my Masters degree (Human behavior). Today, I enjoy receiving them as I have come to realize that it is part of what makes us human and it is ok to feel good about oneself. It is also really nice when others see that and let you know.

Not giving compliments is often based on fear for rejection or that people think your want something from you. You are not alone. In general fear is for giving compliments is never needed. People tend to be quite cautious and respectful when you stick out your neck. But it needs some practice.

humbly if I can, but its a bit weird sometimes.

They make me insanely uncomfortable. I used to blow them off, but learned it's bad manners so I usually avoid eye contact, but do say "ah, thanks, but you're crazy" 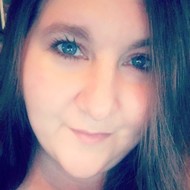 Appreciate it! Someone sees something in you that you don't see yourself because its part of who you are.

You can include a link to this post in your posts and comments by including the text q:24408
Agnostic does not evaluate or guarantee the accuracy of any content. Read full disclaimer.