I used the following as a response in one of the groups - "Tales from the Last Inn" but then it occurred to me that it has far greater signifance to Agnostics.com members. So with a small change to the introduction I give you Magic Pudding a story for adults:

In a distant land a beautiful comely woman journeyed into a village. This stranger greeted all she met with a smile, a clasping of the flattened hands in front of her naked breasts accompanied by a small bow and a sweetly spoken "hello". She then proceeded to offer everyone to partake of her magic pudding.

Now the villagers immediately swamped her clamouring for magic pudding because their shaman had long since told them not to give their magic pudding away as that would use it all up leaving them bereft!

Instead he made and sold to them an ersatz magic pudding which was no where near as good, left you dissatisfied and with a bitter taste in your mouth and strange palpitations in the heart.

The shaman's sales soon dropped off so with threats and the use off his bullying toadies he had her driven off with sticks and stones, rumour mongering to create jealousy amonst the women and other such techniques.

There is no moral to the story, just a question -
What is "the Magic Pudding to You?" and which of the characters best describes you as you currently are and who you would wish to become : shaman, villager, cronies & bullies or the female alien?

Celebrate With Us – 100 Years of Bush Babies! [maygibbs.org]

The above story was devised by an Australian psychologist who wrote a book to help people in distressed/ non-functional relationships. Unfortunately my memory has lost his name. Perhaps @irascible will recognise it?

Sorry not trying to be a pedant here but as a long time enthusiast of the children's books they were written and illustrated by Norman Lyndsay.

Like the children's books I think the pudding is whatever you need it to be or want it to be. The more of it you share the more of it there is. It should also be freely given not taken. 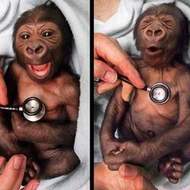 Yes I had a brain frazzle that day - as you can see I couldnt recall Montgomery's detail. It's now listed below.
Thanks for clearing up the obscurity. And I like your interpretation of Montgomery's pudding. I never knew Lyndsay's.

I have read people's comments and i see the response of the pudding being a type of fulfillment. This made a lot of sense to me. I tend to take things literally. I can't help to feel that the magic pudding is a like a sharing of the soul. I believe that sex is also a sharing of the soul. So she invites people to share or visit.. or intertwine their souls. It came to mind to that she was giving love freely and the Shaman was offering a type of ""arranged marriage" where the love was defined and confined.
The shaman didn't like the competition of his manufactured "pudding" so he had others driver her off.I I would like to believe that I"m more like the female alien.
I try not to be judgmental, because i know the mistakes that I've made..so I believe that everyone deserves love and help. It's also a very beautiful and rare thing when we truly connect with another being. 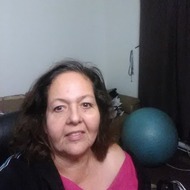 Connection:Very true. Orgasm is also known as "the little death". For me the love is unconditional - the stranger gives and asks nothing in return, the shaman simply sells it for money.

I'm going to re- visit this after ive had a chance to think a think on it lol I like it.. it gets the mind working

I hope that you will ultimately understand it as an extension of one people, one peace, one desire for well being tied up in equally reciprocated unequivocal love of all.

For me, "Magic Pudding" is whatever fulfillment is to you. I think this is a parable about altruism, an important virtue and component to a well lived life.

I think I aspire to be the stranger in the story. I am not perfect so I sometimes am not the one giving away fulfillment.

My Magic Pudding is Nature. Am so grateful for the lake I live on and the beautiful natural parks that are within walkding distance. I'm out everyday unless there is the threat of lightening or winds so high I might get bonked by a branch. Foul weather is generally due to a lack of foul weather atire. Some of my best friends are specific trees. I am especially attracted to old oaks. Once, while walking alone among ancient sequoias, the largest tree on this planet, I came across one whose giant roots had the sort of opening a chipmunk would crawl into if at the base of an ordinary tree. The opening was just large enough for me to crawl through with effort. Once inside, I was able to sit cross legged, my head crazing the "roof".My eyes adjusted to the bit of light coming in and I saw thre was no graffiti carved into the wood. I was emotionally overcome with emense joy and truly felt a Life Force eminating from this magnificent plant. It was a spiritual epiphany. To a far lesser degree, this is the joy I feel when out in Nature, generally alone or with the dog who shares my home. She seems to understand.

Yes it is wonderful to be able to tune in to nature and the earth. Other people and life however can drive us into less than satisfatory escapism and avoidance. Reading your comment immediately brought to mind the following song - particularly watch Art Garfunkle's body language throughout the performance. Personally I prefer Paul Simon's solo rendition but couldn't locate it.

I think I identify best with the female alien, at least I try to be. I would rather be generous and kind than jealous and bitter.

Or led by religion, I mean the shaman and his bullies!

Is your magic pudding inexhaustable?

I always said of mine that once it was given I could never take it back and all that the recipient could do was either bask in it for the rest of their life or discard at the side of the path of life and forget it - their choice.

They would never find it again for not only was it recipient specific but my pudding still available modified itself through experience and like a maturing cognac grew in stature and so changed from the discarded pudding.
8)

You can include a link to this post in your posts and comments by including the text q:24631
Agnostic does not evaluate or guarantee the accuracy of any content. Read full disclaimer.