Sam Harris. What's your take on him? Why do some progressive media outlets label him a racist?

I do know that his "Islam is not a race" defense for his views against Islam is used by some to label him a racist. I don't understand why - because he criticises all religion with the same vehemence.

His some time collaborator, Maajid Nawaz, who served prison time in Egypt for being a radical Islamist, and who he calls a friend, has not left and is not interested in leaving the Muslim faith behind. Instead, the focus of Maajid's current work is to de-fanaticise Islam to be similar to the current Christian moderate (outside of the U.S.).

Here is Harris on "Winning the War of Ideas" on Bill Maher's show last year:

What do you think of Harris? Why do some progressive media outlets (like Sam Seder's Majority Report) call him as part of the alt-right?

It seems that for some reason we can openly criticize Christianity all we want but my goodness don't take issue with Islam or your a bigot.

I've heard him speak a few times. Sometimes I agree with what he says, sometimes I don't.
Kind of like just about everyone else.

I am a fan of all his work, racism is a label that doesn't make any sense as it abuses by all parties and Islam is an antisemitic death cult. 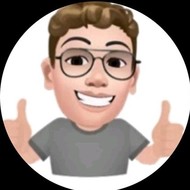 When Trump says we are at War with Islam, he get's labeled a racist. Not surprising Harris should get that same treatment

"The position of the Muslim community in the face of all provocations seems to be: Islam is a religion of peace, and if you say that it isn't, we will kill you." - Sam Harris

When anyone stereotypes a community, be it around religion or otherwise, they risk getting labeled if not a racist, then guilty of intolerance of some sort

I look it as in any Fundamentalist system of beliefs! We are only a 'hair trigger' away from armed revolt among our 'right wing fundamentalist.' That is how I took Harris' ideas about Islam.

@Freedompath when he broadcast the words, "we are at war with Islam", he has to know he is speaking to a large portion of the population that are bigoted against Muslim. I'm giving him credit that he was intelligent enough to know how those words would have been read by those people. It provoked asshats to acts of violence. If he could not have figured that out, then he should not be a public speaker. So ether he doesn't care or expect the result.

"If I could wave a magic wand and get rid of either rape or religion, I would not hesitate to get rid of religion" - Sam Harris

@JeffB yes, I heard that discussion and I see your point! I took my cues from past experiences and used Harris' view point as just that...his idea of how Islam, is played out in a broader sense. Now everyone is not gong to assimilate information, the same way I do...so there is the rub!

I admire Sam Harris and enjoy listening to his videos. I may or may not agree with everything he says.

You can include a link to this post in your posts and comments by including the text q:28046
Agnostic does not evaluate or guarantee the accuracy of any content. Read full disclaimer.