If you knew that if you came out as an atheist that you would lose everyone you called family would you?

Already did it, and the ones I "lost", I do not miss. The concept of "family" has nothing to do with DNA and everything to do with love and acceptance. Blood means nothing.

I couldn't have said it better...

Absolutely, anyone who would turn their backs on me isn't worth having in my life. I've tolerated their beliefs, they owe me the same consideration.

At this point, I would do just about anything to get rid of them

Sure, I would. If my family couldn't take me for who I am...they weren't really family to begin with. Family in theory is supposed to be tight knit groups, that build you up, and accept your faults etc, because they're your family haha. But if I lost everyone I'd rather be true to myself, than lie to keep bad company.

You won't lose anyone who really cares about you, but they may try to "save" your "soul." I could live without that.

Yes, every time. Never change yourself to please others, it's damaging to your psychology as is worrying about whether you should or shouldn't. The fact that you're asking means you want to but are scared and are bottling it up. Thats not healthy. Get it off your chest and if your life changes it will never be for the worst

damaging to your psyche....not your "psychology"

Psyche relates to the mind, psychology relates to multiple cognitive functions and their interactions within an individuals personality, the word was correct

The thought of losing the dramas that come with some family members actually seems very appealing. However, soem family members are rational. So, Probably not if I lost the rational ones. I am totally out as an atheist. My attitude is if any family members disowned me, than good riddance. I doubt they woudl be there for me if I ever needed them anyway.

Absolutely, they wouldn't really be family if that were the case.

Then they wouldn't be true family and friends in my eyes. If they are gonna cut ties with me over rather benign ideological differences, then fuck em. I have plenty of family and friends that span the spectrum of belief, but I still am able to get along with them because that one aspect of their life does not entirely define them. These people don't care about you if they are willing to cut ties with you over a non-belief in some deity, they care about their own image and reputation with others. I've seen many parents and folks pull this crap where they are afraid of the judgment of their peers if said peers found out their kids or friends were atheist. You're not part of the herd, therefore there is something wrong with you.

been there done that

I probably would, my family is all religious and would be adgast to know that I am. I already have lost people but those are the ones that want to control me, so who cares I am very tired of it. Why can't I believe what I want and how about reality, there are not angels, god, devils, easter bunny of santa clause. Its all for fun, grow up and can't we be friends without all the nonsense. I am looking for friends just like me

I've already lost family and friends when I came out as Trans..so this wouldn't be a big step for me.

I would imagine is similar to those who come out as gay to their family some are accepting others are not.

Not sure about that comparison. I don't believe the stigma is anywhere near the same, js.

Given I did (as an agnostic) at a very young age I can say it was going to happen and caused the friction that alientated me from most of my family by my teens. Still, I prefer that to living the lie. I'd worked it out with my mother at about 8 to no longer have to go to church at 12 and complained loudly and often those 4 years. By then the damage had been done. One sister and later two nephews are the only family I have now...but the rest were never really "family" anyway.

When I came out as athiest my family talked to me more. More about converting me back. But to answer the question, I still would. I'd feel hurt but I'd rather be open with my thoughts and criticism. 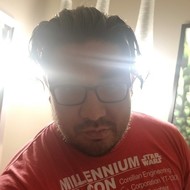 I’ve done it. Many no longer talk to me directly but those who actually took the time to listen and understand me are still close. If it only takes a different opinion for them to hate you, then I’d question the relationship.

Not an issue for me. Came out in my teens.

Definitely, gotta be yourself

“Those who mind, don’t matter. And those who matter, don’t mind.” The truth is, you don’t choose your biological family, they don’t stop being family due to personal or those family beliefs. Attitudes do change, however I always took a certain compromise in mine. The truth of the matter, a bellicose form of atheism is no way to show by example. It’s atagonistic in nature and results in opposition rather than provoking thought or discourse. Listening doesn’t mean accepting their beliefs, and it doesn’t necessarily validate those beliefs either. Atheism in itself is an acceptance on philosophical thought, by the same token so it the family choice to believe in religion. However do not tolerate be belittled by your beliefs or the truth you posses. A family member that I no longer associate with, had the idea that “the word is learnt by blood” a metaphor that you can force changes in behaviors and beliefs by force. “Those who mind, don’t matter.” The rest of my family deeply catholic are very totlerant and we can have discourse on atheism, agnosticism, and religion without forcing anyone into their beliefs or mine for that matter. When in trouble we cooperate not just tied by blood, but because a good family takes care of each other, despite the circumstances. “Those who matter, don’t mind”

That has already happened.

I did know, and I did lose but don't miss them if that is how they feel.

So I'm 22 yrs old and I recently bought my own house back in August. In September I did tell my parents I was an atheist. I lived the past couple yrs living a double life. I didn't really believe in god anymore but still played church because I lived my life to please my parents who adopted me when I was 17. But once I was on my own I realized I didn't want to take my life anymore. I wanted to be me and figure out who I was. So I told them. We have spoken at thanksgiving and Christmas. Tbh I don't miss them. I'm so used to ppl leaving that I'm like okay see ya. I have my best friend who means the world to me and he is an atheist himself. He's all I have rn but I wouldn't change it for anything.

You can include a link to this post in your posts and comments by including the text q:34640
Agnostic does not evaluate or guarantee the accuracy of any content. Read full disclaimer.