Trust me if the Republicans steal the election and we let them after they make abortion illegal the only women that will still be getting medically acceptable abortions will be Republican women.
The rules never seem to apply when the rules were unnecessary or even harmful in the first place any you’re the SOB that made the rule in the first place.
Conservatives suck.

These are people who think rules don't apply to them, aren't they? How many attendees did they infect?

Right up there with Admiral Charles Ray, the vice commandant of the Coast Guard getting COVID after visiting the White House - he was literally ordered to remove his mask by the CIC (that's you guessed it Trump) because he thinks masks make them look weak. You know what actually makes you weak? Having COVID. Apparently at the COVID school Trump claims he went to he didn't learn that.

What Trump did is:

a) criminal if anyone else did it - imagine forcibly removing a civilian's mask who then got COVID, you'll be in court in no time
b) even in the military an officer who recklessly endangers his subordinates could get court martialed.
c) also goes against military training on safety - their goal is to keep troops alive
d) as boneheaded and irresponsible as the British officers who sent troops over the top in WWI ordering them to hold their rifles over their heads. Quick history lesson - they got slaughtered by the Germans who's positions were not, as the officers claimed "eliminated".

But whatever Donny, endanger, infect, and piss off the military, the secret service, and everyone that is supposed to be there to protect you. If you expect a unified defense when it comes time to remove you I think you'll have another think coming. 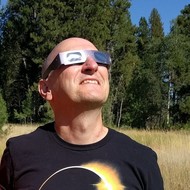 You can include a link to this post in your posts and comments by including the text q:541833
Agnostic does not evaluate or guarantee the accuracy of any content. Read full disclaimer.