What would it take for a shepherd to abandon his sheep?

Some American evangelical pastors are learning the answer to that question in real time as they watch members of their flocks fall headlong into conspiracy-theory thinking that leads to fractured relationships, COVID denialism, and even political violence.

Startling statistics from Lifeway Research (an arm of the Southern Baptist Convention), released as recently as January 2021, paint an alarming picture of Q conspiracies rapidly invading church life. They’ve found that roughly half of U.S. Protestant pastors “frequently” heard their flock repeating conspiracy theories. White pastors were the ones most likely affected; just over one-third of African American pastors report having heard those ideas spread within their congregations.

The problem here is that you find everyday people who you think are normal that suddenly go into QAnon bullshit. This is why so many say you do not know what to believe. For the record, QAnon is not limited to religion. It distorts everything.

If they had focused their congregations on good works & true Xianity, instead of politicizing their preaching, this would not be happening......my heart bleeds for them....NOT.

They are all fuckin’ nuts.

Sometimes I'm worried that the role of technology in the q-anon conspiracy amounts to the automated creation of a religion.

I think people really need to be a lot more worried about automated mass manipulation combined with the inherent dynamics of religious belief.

Imagine for a couple hundred thousand dollars you could manipulate a certain population into a quasi religious pattern of product consumption or political activism/violence.

That said... those who allowed their practice of religion to facilitate discriminatory norms are directly complicit in priming their population for this type of exploitation.

Q-anon is just offering them the more animalistic exercise of fear, power and exclusion our reptilian brains are biased towards.

These pastors were basically out competed by the for fears, hate and biases they sought to manipulate to maintain their religious industrial complex. 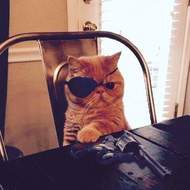 You can include a link to this post in your posts and comments by including the text q:583231
Agnostic does not evaluate or guarantee the accuracy of any content. Read full disclaimer.