A40 crash: Family died when car swerved head-on into lorry

The family added that Mrs Powell, Phoebe, Simeon and Amelia had left them with "an abundance of happy memories" and they were now taking comfort from their faith in Christianity.
The deaths occurred just months after the family lost everything in a fire at their home.

Personally speaking, shouldn't they be seriously questioning the god they worship?

Nope. The reason some people find solice in religion, especially when death (especially unexpected death) is what's on the table, is to merely cope. The fantasy they'll see their loved ones again one day, gives them a way to survive, mentally/emotionally.

It was unbearably difficult for me to be in grief groups and retreats when my son died because I was usually the only Atheist within hundreds of miles, regardless of where these groups/retreats were located geographically. What I learned, however, is that those believers would likely NOT have survived the loss of a child without the fantasies of religion.

I believe this was when I learned much about compassion and tolerance. For me??? Had I thought I could see him again??? I would've killed myself to do so. And therein is the core difference. Some of us think for ourselves, some need to be instructed what to think. Sad as that is.

I bag on religion a LOT. Grief is my one exception. It's a very personal thing, whether a believer or not.

Good observation. In "The Old Days", priests were the equivalent of counsellors.

@Petter Indeed. What's scary????? In religions like the Mormons, Evangelicals, other fundamentalists, etc., and especially Scientology, poo-pooing professional mental health care, opting instead for church leaders/Elders to do the dirty work of mental health care. It's absurd and can be lethal (either murderous or suicidal.). Another sad sad sad state of affairs.

Doubt it. Despite the fire, they had a comfortable life, with no long term worries. She was driving whilst her husband slept, and probably had a "micro-sleep".

Sounds like the mother may have committed suicide and taken the kids with her.

Her husband was also in the car. He and one child survived.

@Petter Very tragic for them.

And now for a little “plastic Jesus” 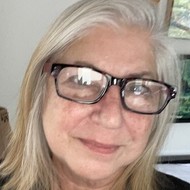 I'll buy half a dozen. Where do I pay?

Clearly, they didn’t give enough money to the mega-church of choice. Lol

The car swerved? Jesus must have been at the wheel.

Pissed on the altar wine again.

No, because this was all in god's plan and nobody knows god's plan. In my lifetime this type of tragedy would be explained away by claiming god just needed more angels in Heaven and this was what it is all about. The problem with this belief is that it does not hold up to bible scriptures. Humans do not become angels at death but the majority of believers still cling to that idea.

Regardless of whether we see the reality we live in as controlled by a sentient being or by the impersonal forces of nature, we all have to decide if we are going to be grateful for what good we have, or bitter for our losses.

For which, of course, we do not need religion.

@Petter
Well, we’re not all alike. I know I can’t judge what other people need based on what I need. A lot of people seem to not know how to function without religion.

@skado The idea of needing religion to function as a normal person vexes me greatly.

@anglophone
It’s a vexing problem, but one we’re not likely to escape. Biologically speaking, there is no normal; only what is. When we grew big brains and started tinkering with our environment we set up a conflict between our evolved nature and our artificial environment. We will always need to bridge that gap with some kind of patch. The gap is growing, and the patch is becoming obsolete. It’s gonna be interesting.

@anglophone i think to have politics, you gotta have religion, too? Maybe not quite right, but they do seem to be closely related. I guess maybe some example, France maybe? Might be an exception...but why do I already know that that mostly secular country is stuffed full of Catholics in their Congress, just like US?

Anyway, funny to me that the Bible condemns religion, too!

@bbyrd009 Try Sweden: [sweden.se] . Even though what it says in that article about Australia, Australia's Prime Minister is a raging religious nutcase.

That the Buy Bull condemns condemns religion strikes me as hilarious. Thanks for the tip.

@anglophone yeh, strikes most believers that way i guess? The highest praise is reserved for the pagan and the atheist though, believe it or not

55% of swedes id with the church there, so...dunno about their presence in their politics, but i can prolly guess!

You can include a link to this post in your posts and comments by including the text q:602645
Agnostic does not evaluate or guarantee the accuracy of any content. Read full disclaimer.