Donald Trump was the easy part

We need to abolish all political parties. Parties are inherently divisive and provide a venue to aggregate power and that leads to corruption. Many of our Founding Fathers knew this and did not want political parties as part of our governance.

Let every candidate run on their own merits and platform. This would help to end tribalism, and increase the number of ideas in governance. Voting needs to be overhauled, and replaced with a "play-offs" style voting system (Exhaustive Ballot) where in each round of voting 1/2 of the candidates are eliminated until a winner is reached. We also need to eliminate nearly all money from campaigning and Lobbies. The news media and internet can be used to supply candidate exposure for free. Plus by limiting their message time, candidates will need to better craft their positions. We need to also put an end to all "riders" on Bills going to vote in Congress.

Political parties are an inherent consequence of freedom of speech and freedom of association.

I don't know how they can be abolished without doing a lot of damage to those two freedoms.

I think the cost might be too high for that to work.

@domos Under a Partyless system using Exhaustive Election
voting, extremists for either party are unlikely to win elections.

Parties were sorr of useful in the old days because information on individual candidate was difficult to diseminate. That is no longer an issue. Also having a 2 party system has meant that there was only 2 opinions on how to approach our problems...and they tended to gravitate toward the extremes. Eliminating parties would yield far more nuance .

Bottom line. America's foundational systems aren't operating for the average citizen anymore. Trust me. I'm fighting injustice right now, and the checks and balances in place are a joke.

People know it, and they are angry. Trump swooped in, stated some things that resonated and got a following. He isn't the answer though. He's as corrupt as everything else is. But what is the alternative?

The thing is, neither is the Democratic Party the answer. If the Democratic philosophy worked, why isn't California the most perfect state in the union? Why isn't it a shining beacon of the way our nation should be operating? It's not. It's got just as many problems and just as much corruption as anywhere in the US.

This won't be solved with a Democratic majority or a Republican majority. These two parties have damaged the country, and quite frankly have put America into the toilet. What is needed is a focus back onto the American people. We need to start building back a healthy middle class. We need to overhaul all of our foundational systems--education, healthcare, eldercare, housing, criminal justice, legal, technology, infrastructure, government, corporate tax structure....there's probably more.

The only person I think is making any sense these days is this guy--[forwardparty.com]

Can you please give an example or time in which America was working for the average guy?

@domos Okay, you got me on that one...! I stand corrected. So I guess what you're saying is our country has never achieved a good operating system for all of its citizens? I would agree with that. So, why do we keep supporting the American idea and ideals?

@linxminx why treat the ideals as unchangable?

Democrats need 1) to keep working on their ground game and educating the electorate; 2) To sue every state and embarrass every politician that enacts election subversion; 3) To pursue & publicize how the Koch organization organized election subversion legislation (it should be a sedition RICO); 4) To neutralize Fox as a mouthpiece for Russia; 5) Fix immigration and the border; 6) Pressure Congress to eject seditious Congresspersons; 7) Pressure DOJ to convict the Trump gang and all the coup organizers. (And decriminalize cannabis)

@LovinLarge exactly what point are you trying to make?

@domos The obvious one. Nazism is a right wing ideology much more closely associated with Republicans than Democrats. As usual, this conservative member doesn't know his ass from a hole in the ground.

Can you please explain your point explicitly? @JarcarC

Vote them out! Take away their power. 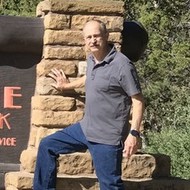 The Republicans have more or less been successful at crippling the mechanisms of the democracy that would allow them to be voted out without drastic reforms.

I think votes alone are no longer an option.

@domos I think we have one more chance to find out.

@rainmanjr I think that's a statement of privilege. Discriminated and oppressed communities have been warning that the mechanisms of their oppression were a threat to democracy for decades if not centuries.

You can include a link to this post in your posts and comments by including the text q:648981
Agnostic does not evaluate or guarantee the accuracy of any content. Read full disclaimer.