Human decency is not derived from religion. It precedes it. 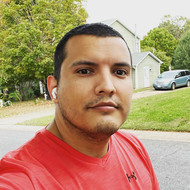 Religion does all it can to eradicate human decency.

Margaret Mead said the sign of civilization was finding a skeleton with a healed broken femur.

That means someone cared for them through the healing process and even had enough resources to feed them and keep them safe through what would have made them an easy meal as prey otherwise.

That is partly true and partly not true. Our (and some other species' ) biological decency is called altruism by scientists, and typically is extended to kin and individuals who are well known to us personally, like tribe members. But the wholesale extension of that consideration to strangers is largely a result of religious (cultural) interventions that took place after the invention of agriculture.

While there is no clear line that can be drawn between nature and nurture, because they both feed each other, religion modifies and extends our evolved capacities to accommodate personal psychological needs and social cohesion in modern, complex societies.

Hitch was either ignorantly or deliberately oblivious to certain aspects of science that didn't support his narrative (he admitted he would hate to see religion go away, because then he wouldn't have a career) but the science has only gotten stronger since his passing.

Welcome to the fray!

What does a new-born know of other people? Isn’t he or she entirely selfish?

One of the earliest words from my experience is “mine”

A newborn? A baby can't even control it's own arms and hands until about 3 months.

sounds kinda convenient or opportunistic of hitchens to me. decency and selfishness alike are human behaviors that have naught to do with religion. Hitchens just wants to deny religion any claim to the good morality in a human. so what gets the immorality blame? same thing, being human.

Nah, Hitch was spot on. Humans were decent before religion was invented. Human decency preceded religion, just as he said.

@JonnaBononna
Not precisely as he said. Humans were decent to kin and to certain others who were viewed as potential allies, but were not, and still are not (by and large) to strangers or people who have different colored skin or sexual practices and so on. Humans need additional persuasion to do that.

@skado Religion is the largest dissuade factor from treating any "other" with decency.

@BufftonBeotch
I realize that is many people’s experience. But our personal experiences don’t encompass everyone’s experience or the collective experience of our species. I think what your are calling religion is actually the corruption of religion. I don’t know of a religion that officially, scripturally dissuades practitioners from treating others with decency. That is the action of members who either don’t read, or don’t obey their own religious doctrines. And they may well represent the majority of religious people, but they don’t represent the general thrust of the official religious tenets.

Do you know of a religion whose official central doctrine is to mistreat others? The one I grew up in said to love your neighbor as yourself, and to treat strangers with kindness.

@skado where do you get your pot? It must be pretty good stuff for you to come up with what you come up with.

@JonnaBononna religion was originally irrelevant to morality. you're desire to desparage it doesn't change that.

@skado Yes as you say. "Humans were decent to kin and to certain others who were viewed as potential allies, but were not, and still are not (by and large) to strangers or people who have different colored skin or sexual practices and so on. Humans need additional persuasion to do that. " And that is why we have nation states, international institutions and law, racial and sexual equality pressure groups, and secular charities etc. And why religion, which was set up to forward none of those justifiable things, finds itself a natural role only in opposing them, and supporting those who wish only to foster racial, sexual hate a zenophobia etc.. Yes It does some good by the way, but that fades fast now. Because the good causes are only incidental asides to religion, whose main purpose is to foster narcissism, and because people can easily see that other institutions do those jobs more effectively without the extra baggage, that even the best intentions of the religions bring with them.

And even before that, the additional pressure to be kind and moral to strangers, and to view others as potential allies, came far more from practical sollutions to practical problems, such as trade networks and the need for agricultual irrigation, than it ever did from religion.

And perhaps most of all, simply as a side effect of the technology called language. Which enabled us to communicate sympathy for and the understanding of others, far beyond physical contact.

"Human" decency is a trait of all species. Altruism is an evolutionary advantage. Even microorganisms cooperate and work for the good of the species. Some bacterial species release small molecules to scavenge iron needed for their growth, boosting its availability for their neighbours. Others produce enzymes to degrade antibiotics, protecting the whole colony. Bacteria obviously do not practice religion.

Our instincts to help one another may be reinforced by some religions, but they predate it by eons.

(Unfortunately, our tribal instincts to hate and fear strangers or outsiders are also evolutionary adaptations which predate religion. These are the dark side of altruism.)

Hello and welcome. Enjoy the site.

I agree with that concept completely. I am not a big fan of Chris Hitchens, but that concept in the above statement preceded him as well.

You can include a link to this post in your posts and comments by including the text q:655331
Agnostic does not evaluate or guarantee the accuracy of any content. Read full disclaimer.