Some hope we can bridge the political divide.

The prevailing logic in today’s political world is that polarization is worsening because people live in media echo chambers where they are only exposed to outlets that mirror their views.

People who live in echo chambers come to distrust any opinions that exist outside of their bubbles and when they're not exposed to any conflicting information. This creates a scenario where the person becomes increasingly entrenched in their worldview.

One would assume that after a person becomes fully entrenched in an echo chamber they have little chance of changing their views. However, a new working paper by researchers at Stanford and Yale universities has found that when people are removed from their bubbles there’s a chance they’ll change their minds.

David Broockman of Stanford and Joshua Kalla of Yale conducted a study where they paid regular Fox News viewers $15 an hour to watch CNN for around seven hours a week for a month. The researchers then surveyed them about their political beliefs and knowledge of current events.

The study is titled “The manifold effects of partisan media on viewers’ beliefs and attitudes: A field experiment with Fox News viewers.” The research was done in fall 2020, during the height of the COVID-19 pandemic and lead-up to the presidential election.

“CNN provided extensive coverage of COVID-19, which included information about the severity of the COVID-19 crisis and poor aspects of Trump’s performance handling COVID-19. Fox News covered COVID-19 much less,” said the study.

​After the Fox viewers switched to CNN, it changed their opinions on the social justice protests happening at the time as well. The switchers were 10 points less likely to think that Biden supporters were happy when police got shot and 13 points less likely to believe that if Biden gets elected “we’ll see many more police get shot by Black Lives Matter activists.”

Many of the participants also realized that when it came to Trump, they weren’t getting the whole story. After switching to a steady diet of CNN they were less likely to agree that “if Donald Trump did something bad, Fox News would discuss it.”

“Despite regular Fox viewers being largely strong partisans, we found manifold effects of changing the slant of their media diets on their factual beliefs, attitudes, perceptions of issues’ importance, and overall political views,” the authors of the study said.

The study shows that Fox News isn’t just a media outlet that affirms its viewers' worldviews, it also feeds them a distorted version of reality that pushes them toward more extreme opinions. The good news is that some of these people can be changed when exposed to better information.

It should also be noted that Fox News viewers aren’t the only ones living in information bubbles and that there are plenty of ideological traps that ensnare people on the left as well.

The study should give everyone hope that all is not lost and that America’s political divide may not be impossible to bridge.

Fox has manipulated the minds of a demographic that is less likely to question the information that is presented to them. 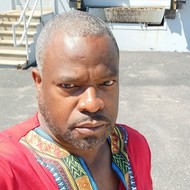 TV in general and big money corrupting our political system played a big roll. Oh, how i wish we could get big money out of politics.

Unfortunately campaign finance reform has been around a long time and nothing concrete has been done. Our State Attorney General, Bob Ferguson claims to eschew money from big corporations and I do donate to him.

Social media has probably had a bigger impact on people’s lives than the big media outlets. Because of the interactive nature of social media various forms of arrant nonsense have an outlet, opinions and views are shaped by conformity to a majority viewpoint, regardless of whether it is based upon fact.

This is very true. Social Media collects our search history and bombards us with information and ads that align with our search.

Encouraging maybe? But sad that people had to be paid $105 a week to get a few vegetables in their red meat diet.

Money talks bullshit walks. Always had always will. Finding the right currency is important to changing public opinion. fox simply used a mental currency to hook it's viewers but our education system and elected officials made it way to easy for fox to do what it has done.

You can include a link to this post in your posts and comments by including the text q:660785
Agnostic does not evaluate or guarantee the accuracy of any content. Read full disclaimer.