An interesting method to define the right usage of the right term is to ask a question if the person who is undertaking research in a particular field is a scientist or a scholar.

To conclude the terms “scientific” and “scientist” are used to identify and describe an event, activity or a person engaged in natural/exact sciences. The terms “scholarly” and “scholar” are used to identify events and people in the fields of humanities and social sciences. And, the terms “academic” and “academician” may identify and describe any person or event in any field of research activities. Anytime the context is doubtful it will be a correct decision to use the term “academic” and “academician” to avoid misunderstandings and to sound academic.

Seems we have too many so called experts who dictate what is happening after the fact, instead of being able to predict what might happen even with all the so called facts and statistics they allude too have knowledge of!!! 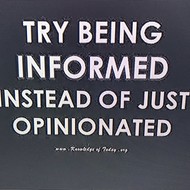 @Flyingsaucesir Would you mind telling me when you know you have the facts you are talking about.

@Mcfluwster
You must live under a pile of shit!!!

If you are that moronic, no one can help you!!!

Also living in the UK can explain so much!!!

@of-the-mountain I don't know how I got dragged into this thread, but as long as I'm here I'm going to say this to @of-the-mountain: your gratuitous use of foul language and your ad hominem attacks are childish, dull, and only make you look weak and stupid. Please endeavor to engage us on a higher level before you bore us all to death.

@Flyingsaucesir
Well thank you ass hat for your moronic remarks, just goes to show how easy it to take ill educated mental degenerative types as yourself, who try to act sophisticated by not realizing they are being play for the moronic idiots they are!!!!

@of-the-mountain We have mountains over here too, but we we are never so high as thinking that we have facts that we SAY are facts but do not bother to check that they really are facts .

I am. simply asking how you check that your facts really are facts.

@Mcfluwster
“You can lead a horse to water, you can not make them drink!”

If you have common sense and can realize that these experts can not do anything but tell you how to live yet always are not to the benefit of what they are preaching for you to do!!!

Most declared expects have been proven incapable of predicting anything sustainable!

Wholesale trying to privatize it!!!

Just look at the electricity and natural gas prices, there is no real reason that they are so high now except pure greed!!!

Davos and it WEF is nothing but the wealthy and their corporations making public policy which does not benefit the populace of this planet!!!

That sounds about right to me.

Science is a relatively new word. As indeed is "academic" which is a Romantic usage, referring to the school of philosophers in Athens led by Plato and Aristotle, which gained its name because the members met in an arcade. Those who practice science were always referred to as, "natural philosophers" until the last couple of centuries, meaning originally that they studied the, natural material world, and used material methods. I. Newton would probably for example, have referred to his work most often as natural philosophy.

Today the word scientist is usually taken to mean not merely natural philosopher, but also someone who uses the scientific method as well. Which is a vague, ill defined term, often disputed, but would generally be thought to include such ideas as, nothing being ever totally proven, repeatable results, experimental results being more important than hypothesis, and testing against disproof, plus a few other bits like peer review and the ranking of hypothesis, theory, mathematical proof.

Up until The Age of Enlightenment the Catholic Church was the great legitimising force in western societies. With the advent of modern science (empirical science) the power formerly attributed to the Catholic Church began to wane. The current trend is if you want to promote a product or concept seek scientific endorsement.

I think that it is reasonable to say that science was founded on the basis of the empirical method, inductive and deductive reasoning with repetition of experiment to confirm a result. Today, many scientists are in the employ of pharmaceutical giants who provide the R&D funding. Research scientists suffer from the publish or perish syndrome.

I wonder how much that comes under the umbrella of science would actually stand up to empirical methods.

@ASTRALMAX That is very true. Science was perhaps at its strongest in the past, when it was in the hands of the gentlemen and lady amateurs who were independent at least, or the old teaching institutions, who imposed little on what they did. Those were the golden eras from which science still gains a lot of its credit.

But a lot of modern research could simply not be funded that way, so science had to become a competitive game at the upper levels, and has lost some of its independence for a dollar. But there are still some old fashioned institutions, and some amateurs, the three types are not mutually exclusive, so those others can still hold science to its integrity, and hopefully it will not lose all its creativity.

Science as we know it, if it loses its way, may be replaced in time by a new branch of philosophy, which will take up the empirical torch, but you will not take away its acheivements so far. Nor do I think, if we can maintain good education, will the theocrats be able to put the empirical cat back in the bag, now it has grown so strong.

You still have to worry about America especially, but there is no law which states that the empirical tradition can not change it geographic home. And I feel that even in America the current rising tide of anti-education and theocracy will soon reach its high point, and face a reaction, from the moderate majority.

@ Fernapple S.M. " Which is a vague, ill defined term" Most scientific concepts start out as such a term . That is the nature of Human understanding. Then people drift around without bothering to state their own personal definitions and consequently waste a lot of time. Then a new definition will come along which seems to satisfy everyone and they agree and make progress until a new splinter group forms. This happens in religion also. Humans, Eh!. I am sure this will happen once again to scientific method . It is akin to how things evolve, A definition is not worth bothering about unless it pleases everyone [Ideally].

Where we really differ is to do with the usefulness of philosophers . They have published enough books already . Does anyone agree with me?

Thanks for clearing that up!!

@TOFERD When you submit a new post, please tap the SUBMIT only once. IT'S VERY SLOW !

@TOFERD Having seen this comment, you can NOW DELETE the 2nd, 3rd and 4th posts.

You can include a link to this post in your posts and comments by including the text q:706371
Agnostic does not evaluate or guarantee the accuracy of any content. Read full disclaimer.