Which of these emotions describe you the best?

I don't know how accurate this is but there is some truth to it I think.

I'm usually in the laughter, happy area (also love). And I make an effort to be there as much as
I possibly can. Once in a while I'll be in Anger but it is mostly due to some injustice I've heard about or seen. I avoid that emotion... "You wouldn't like me when I'm angry!" (Extra credit: Who said that?) 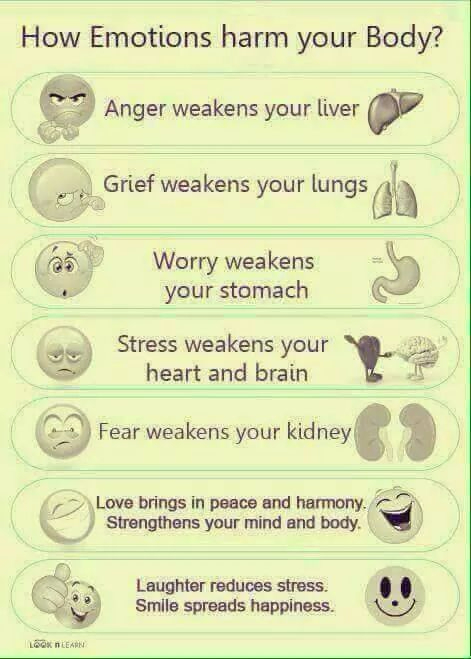 Through life's challenges I generally stay in the "love and laughter" categories. I'm facing a lot of challenges now so I do tend to "backslide" but never for long, and only in a way I'm deciding what to do about them.

I've been working through some heavy grief, (near the end hopefully) but trying to stay in the laughter and love area. Life is way too short for anything else. Not going to lie, I have been known to get angry on rare occasions, especially over injustice.

Extra Credit: Bill Bixby, who played Dr. David Banner in the tv series The Incredible Hulk. (Side note; in the original comic the character's name was Bruce Banner but the tv producers thought it was too "gay" so changed it to David.) yeah I'm a bit of a geek.

I didn't know all that and I love learning new things, no matter h ow geekish!

I agree that the best way to live life is with your heart full of love and joy. On face book I put the angry icon up many many times; not because I'm really angry but because I feel I have a moral obligation, as an elder in our culture, to advise and guide when it comes to politics.

2017.has been a large ball of anger for me, culturally and politically speaking. Looking to do a 180 in 2018 with self care and selecting who I'm around better!

Good for you! Good luck with that. Maybe our little community here will help.

You can include a link to this post in your posts and comments by including the text q:9642
Agnostic does not evaluate or guarantee the accuracy of any content. Read full disclaimer.