We rely on members to let us know when posts contain content that violiate the community guidelines. The most common reason that content gets flagged is that it contains dehumanizing or trolling/baiting text. Getting too many flagged posts will result in account termination.
6 11

"This morning [ 05/29/2020 ] the president of the United States threatened state-sanctioned murder in response to “looting,” laying bare the way in which white supremacy, capitalism and the state work together to violently repress people who defend Black life."

Question: Is it or isn't it okay if we give a pass to looters who do so to protest rampant killing of non-violent black citizens, and to protest the US financial system that mercilessly continues to cheat all of the marginalized in America? 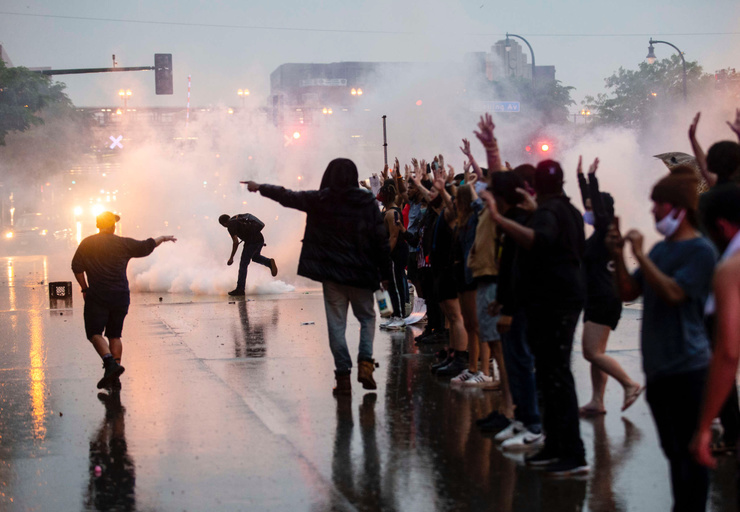 Someone needs to fuck that SOB over...he single-handedly has taken this country back so many years, in terms of progress as regards racism, prejudice and bigotry. Many of the youngest were learning to not be that way, because society had made it clear that it was not okay. Yes, many older people, and some middle-aged and younger people, were still racist, but that was because, in the case of older people, it was “okay” in earlier times...but then we said, “no, you cannot act like that in a reasonable society”, so they learned to keep their racist mouths shut...some did not keep them shut at home, so those middle-aged bigots took their cue from that and some passed it on. But, my observation of younger people over the years has been that there was very little racism in that group in the last 15 or so years. Then the SOB starts campaigning and gets elected, so those unenlightened assholes thought it was okay to go back to their old ways, and now even young people have taken the example and applied it to their lives. It is utterly shameful.

I could not agree with you more..... the white supremacist groups have been waiting for an opportunity like this to manipulate the situation for a desired outcome. I had hoped that each passing generation would become less and less racist and intolerant.....but it turns out that ignorance and racism and bigotry does not go quietly into the night.

Not single-handedly, but yes, he did.

@altschmerz maybe not single-handedly in terms of others not speaking out against his racist, bigoted remarks, but as the president of my country, yes, he has single-handedly been at the root of it.

@MissKathleen don't forget how much damage McConnell did before Trump entered office, never mind what he's been doing since ...

As for democrats,
[businessinsider.com]

@altschmerz I have had the “lesser of evils” conversation and the “if I participate in the corrupt two party system, I am perpetuating it” conversation with myself often. My problem resolution style has always been to decide which part of the problem (because problems are almost always complex) I want to fix first. I considered not participating in the two-party system, but on second consideration realized that was not the most prudent decision, for now. As I see it, RIGHT NOW the most important thing to do is get rid of the biggest monsters before they totally ruin the country...if it is not already too late. The only way to do that is to vote Democratic. I will vote exclusively for Democrats in November, in a red, starting to be a little purple, state. MAYBE I will be wasting my vote, but doing otherwise is ABSOLUTELY wasting my vote. And I am physically volunteering to help Democrats in my county. I have always thought McConnell to be a sleazebag of the highest order, but it is up to the people of Kentucky to rid us of him.

@MissKathleen The point is, the lesser of 2 evils is still evil. We've always been ruled by evil. There's no use asking evil for a favor.

@Fred_Snerd I used to agree. I do not anymore. Aside from the racism and prejudice which are subtexts of Republican government, we need to get religion out of government, quit putting profit over the well-being of our people...ALL our people..., protect Social Security and Medicare, stop the GOP from monetizing things that should be government services, stop them from giving all our national resources over to the rich to be exploited, we need to join the rest of the world in protecting the environment, we need to bring manufacturing back to our country and drop reliance on China. Therefore, it IS imperative to choose the lesser of evils because doing anything else just screws US over.

@MissKathleen I vote too. On the national level, history shows us that doesn't change much. The 13th amendment and capitalism keep us slaves. In Washington, the more things change, the more things stay the same. It's a racket.

The local politics here have been pretty self righteous authoritarian. However, the citizens of Oklahoma have altered the political landscape through petition. We made drug abuse a reform issue. We legalized medical marijuana after being told we used the wrong type of paper and to do it all over again. There were some related struggles even after that, as politicians tried to sabotage both outcomes. I got to learn that Rachael Ray might not be paying attention to what her money is doing.

Politicians everywhere are in it for the power. Petition can override that. People banding together to help themselves and form a world separate from capitalism would turn the elite into crazed lunatics as they lose their slaves and customers. Of course, that might bring on a new set of problems. When I discuss my my migration plan with businessmen, they take it personally and get nasty. LOL

@Fred_Snerd I do not disagree with you. But, first things first.

Ever since it was disclosed that the most violent Vietnam protesters were in fact undercover law enforcement, I have looked at the violence with a lot of skepticism.

Yes, I feel it is wise to keep skeptical about what is reported or omitted by US media sources.

Violence is the last recourse for the oppressed to be heard..Blacks have been shit on by White for 350 years..I am entirely ok with their looting, hell I'm at the point of joining in..the entire system Needs to be Burned to the Ground..then we can Eat the Rich and start afresh..

Better to join them in refusing to support a capitalistic, racist society.

@MissKathleen You know that right..

I read your comment to my housemate, who laughed about everything you said here.

@AnonySchmoose as in she agreed or thought it was way off? Just curious..

@Charlene
.... As in he agreed with everything you said.
He's from Cuba, and was there during the Castro Revolution, also in favor of that, until everything got extremely violent, repressive, and punishment-oriented, because of secret police, gossipers, and tattletales. Before Castro (BC) and immediately after (AC i.e. after Castro took over) were both dehumanizing. Cuba has achieved a lot of good since that era, i.e. trained and shared some of the best doctors in the world for humanitarian efforts; protected its ecosystems, including the ocean; allowed afro-cuban musicians to tour the world and collaborate with American musicians; allowed artists to exhibit in other countries, including US.

@AnonySchmoose please give him a hug from me..

Any business worth its salt will be back with a shiny new storefront. Riots are good for the rich and bad for the poor. Police find riots great sport as well. 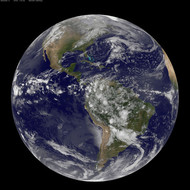 There are chaos agents of the alt right coming in from outside breaking windows, spraying graffiti and setting fires.

Alt-right rioters create chaos to spread hatred against Blacks and Browns by influencing the narrative. Chaos breeds distrust, which is exactly how they will pigeon-hole people of color, unfortunately.

Yes it is. Burn the banks.

Banks, definitely yes, I feel it's okay for marginalized to loot too.