During Friday’s House coronavirus hearings, hard line Trump ally Rep. Jim Jordan (R-Ohio), came right after Anthony Fauci with a series of extremely combative questions, such as whether he thinks the government should limit protests to help slow the spread of the coronavirus.

Jordon further confronted Fauci, claiming that support for “Black Lives Matter” protests is "encouraging riots.” Well then, no wonder Rep. Jordon is mad as hell. After all, "encouraging riots” is supposed to be Donald Trump’s job - and we all know how hard it is to find good jobs these days.

Now, I know Jordon’s critics are gonna claim Donald Trump has been holding large, crammed rallies, where hardly anyone wears masks - but, if you watched Fox News, you’d know that "no one’s ever contracted the coronavirus by attending a Trump rally.”

Well, of course, there’s Herman Cain - but let’s get real. If Republicans acted like they really cared about what happened to him, that would come way too close to sounding as if “Black Lives Matter. 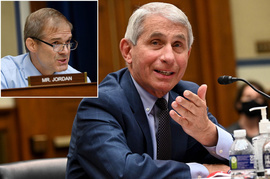 Gym Jordan is a freak

Such an ass. Faucci simply wouldn't take the bait if protests were ok and church bad. Faucci said All large groups were dangerous. 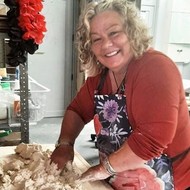 I agree, but it still made me a little upset when he and the rest of the coronavirus crew were standing there saying NOTHING, while Trump is suggesting people inject disinfectant into their lungs to cleanse them against the virus. I don't know about you, but I don't wanna keep my job THAT badly. That said, I think your assessment is correct about him withstanding that monster's (Jordon's) rediculous attacks.

@johnnyrobish I would be on the first train out as they say... maybe he feels that he needs to be there to supervise Trumps crazy non scientific responses to the whole situation?? Who knows the politics in the USA appears to be crazy ... not the population but the systems. Keep safe