President Trump has told people around him that he plans to nominate federal appeals court Judge Amy Coney Barrett to fill the Supreme Court vacancy left by the death of Justice Ruth Bader Ginsburg. Judge Barrette is a devote Catholic and a deeply conservative jurist who, for many years described her legal career as being only a means to an end, “and that end is building the Kingdom of God.”

Well, happy days! I’m sure Judge Barrett will simply be thrilled to accept the President’s nomination for the Supreme Court - that is, assuming her husband says it’s OK. Of course, as one might expect, selecting someone who holds such deeply religious and partisan views as Judge Barrett, is likely to stir up quite a bit of controversy.

However, let’s remember what President Trump once asked, “what have you got to lose?” And, the answer is nothing - other than gay marriage, laws protecting civil liberties, the Voting Rights Act, the Right to Peacefully Assemble, the Affordable Care Act, Roe v. Wade, LGBTQ rights, environmental protections, affirmative action, accessibility to birth control and worker safety laws.

All of that aside, and on a positive note, she does photograph quite well, so I can see how a President Trump would be considerably impressed. Now, the only question that remains is, will she issue all her rulings - in the language of Ford F-150 bumper sticker slogans. 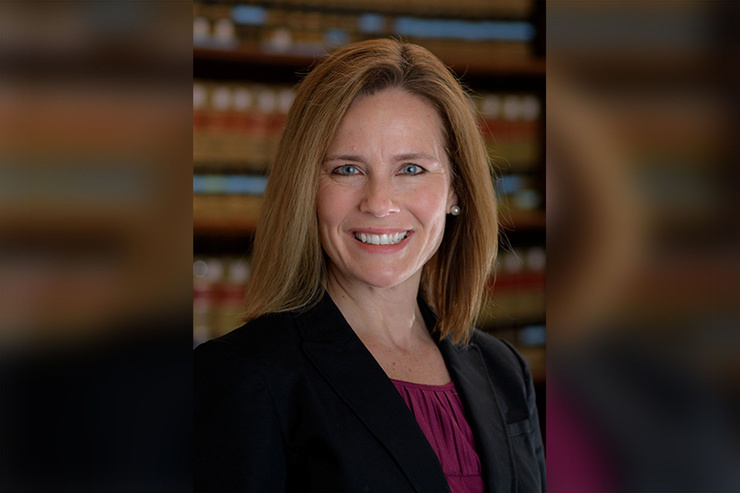