In response to a huge winter storm that hit Texas this past weekend, causing traffic accidents and power outages, Texas Governor Greg Abbott and Republican lawmakers immediately ran to the Biden Administration, begging for “federal aid.” This, just weeks after those very same Texas Republicans endorsed “The Texas Session Bill,” declaring that they no longer wish to be part of the United States.

Wow, a massive snowstorm hit Texas? Is it just me, or has hell - actually frozen over? And gee whiz, I thought all red states are supposed to HATE federal “handouts.” I guess that only applies when that federal aid has been designated to help people in blue states. Anyone remember Hurricane Sandy? Thus proving, once again, that everything is indeed bigger in Texas - especially hypocrisy!

Of course, I get where they’re coming from. After all, about the last thing any self-respecting Texan needs, is a bunch of ice sickles hanging down off their fancy cowboy hats and belt buckles! Why that just kills the whole look. And, to his credit, President Biden immediately granted the Texas request for relief.

On the other hand, considering their bill to secede from the Union, someone not quite as polite as Joe Biden might have told those Texas Republicans - “gee, while we'd love to help you guys, Donald Trump left everything in such a helluva mess, we really need to take care of folks here in the US - before we can consider granting any foreign aid.” 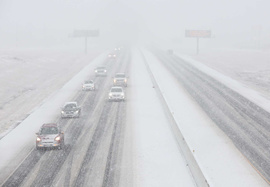 I approved the Texas request for Succession. Why are they still around?

I think the president should have given them a hard time before releasing help, not a really hard time but somewhat of one, giving in after they said he was legitimately elected.

Why do I picture Biden standing before the crowd and throwing paper towels.....